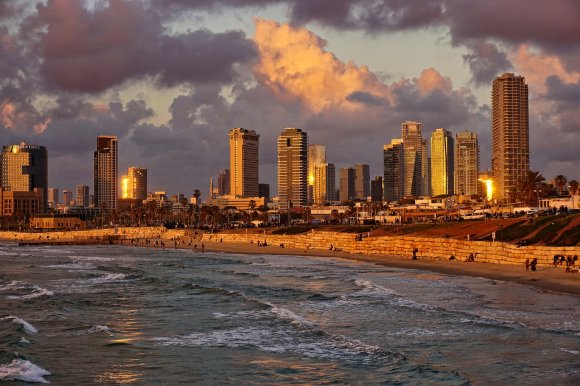 Air India will resume services to Tel Aviv on 22 March - it previously served Mumbai–Tel Aviv between January 1996 and April 1998. India's national carrier had planned to launch the Delhi–Tel Aviv service in May last year, but it failed to materialise after some countries denied use of their airspaces for flights to Israel. However, Saudi Arabia has now given permission for the airline to use its airspace. Point of sale data suggests the route will mainly serve Israelis traveling to India. In addition, Arkia is launching Bangkok, which shows an appetite for Israelis to travel east bound.

Hainan Airlines will launch its second non-stop service to the UK in March with flights from London Heathrow to Changsha Huanghua International Airport. It follows the roll-out of the Manchester-Beijing service. Changsha, the capital of Hunan province, is the political, economic, cultural and technological hub of the province. It is China's 21st largest city, with a population of about seven million. The route will serve the outbound Chinese market to London and is likely to be supported by tour operators.

As reported in February, Hainan applied to the Civil Aviation Administration of China (CAAC) to fly Beijing – Edinburgh – Dublin / Beijing – Dublin – Edinburgh twice weekly each from June; and Guangzhou – Manchester three weekly from December. This was in addition to Changsha – London three times a week from March. The application came less than two months after China and the UK signed a deal to boost the number of flights permitted between the two countries by 50 percent to 150 per week.

Delta is linking Cleveland Hopkins International Airport with a non-stop flight beginning 8 July to its Salt Lake City hub. Salt Lake City service marks the eighth Delta non-stop destination from Cleveland. The route was last served in summer 2009. The service will provide an opportunity for travellers to connect to additional destinations on the west coast, opening up more opportunities for passengers throughout north-east Ohio. It helps to fill the gap in service between the Midwest and Utah.