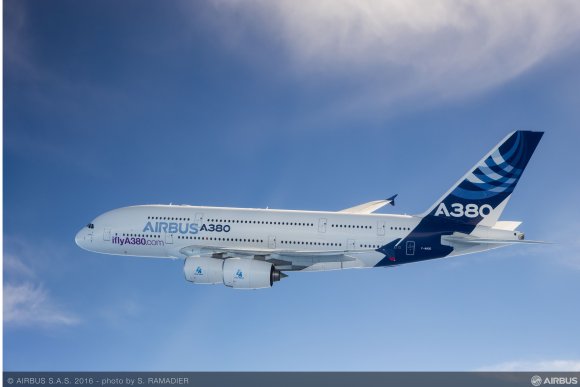 The ruling is the latest action in a 14-year battle between the two companies.

The WTO said the EU had failed to remove support for the Airbus A380, the world's largest airliner, as well as the A350.

The US had put forward 218 claims of 'adverse effects' - such as lost sales - to Boeing as a result of alleged support to Airbus. A total of 14 instances were upheld.

The decision on a separate case, where Airbus has challenged US government support for Boeing, is expected later this year.

Airbus chief executive Tom Enders said the latest WTO ruling was “only half the story”.

The new carrier be based at Narita International Airport and initially operate a fleet of two Boeing 787-8 aircraft. It will target medium- to long-haul flights in Asia, Europe, and the Americas. JAL said it hopes to begin services in summer 2020.

“When JAL establishes the new LCC business, the company aims to create new demand, working along with the successful services provided by Jetstar Japan, which features domestic and short-haul international flights,” the airline said.

Flybe confirms Embraer E195 departure after fleet review
European regional airline Flybe has conducted a review of its fleet and concluded that the Bombardier Q400 is the best core aircraft for its current and future needs.

The review has formed part of the UK carrier’s strategy to reduce its overall fleet and to concentrate on profitable routes.

As the airline moves to a core Q400 fleet, it will return nine Embraer E195s on top of the six older Q400s it has already handed back to lessors.

It will retain the smaller Embraer E175s and still plans to take delivery of an additional four of the type due next year.

Flybe chief executive Christine Ourmières-Widener said: “Flybe’s strategy is to reduce the fleet size to an optimum level and make the business demand-driven rather than capacity-led.”

Janaillac announced his resignation earlier this month after French staff voted against a pay proposal.

Airbus CFO to depart
Airbus' chief financial officer Harald Wilhelm is to leave the European manufacturer next year. Wilhelm decided “in agreement with the board of directors” that he will leave in April after 27 years at Airbus and its precursors.

He said: “After 18 years at the Airbus finance function, next year will be the right time for me to move on.

“Until then, I remain committed to the performance of the company and I will work with the management to ensure a smooth transition to the next Airbus CFO.”