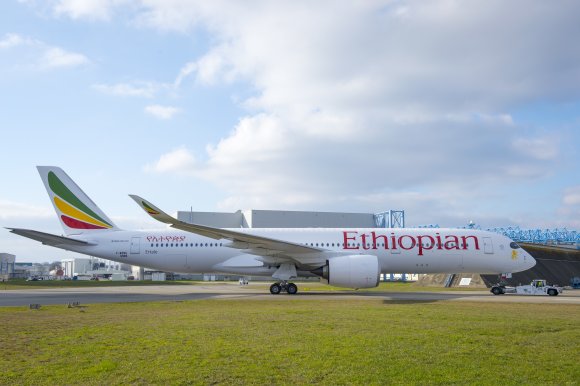 The aviation industry in Africa supports about 6.8 million jobs and contributes $72.5bn in GDP, according to figures published by the International Air Transport Association (IATA).

Over the next two decades, routes to, from and within the continent will increase by an extra 274 million passengers per year by 2036, for an overall market size of 400 million. Its annual average growth rate will be about 5.9 percent - the highest of any region in the world.

IATA found that African airlines enjoyed a 7.5 percent traffic rise in 2017, compared with 2016. Capacity rose at less than half the rate of demand (3.6 percent), and load factor jumped 2.5 percentage points to 70.3 percent.

As the countdown to Routes Africa 2018 continues, Routesonline looks at the top ten largest African airlines based on passenger numbers in 2017.

Ethiopian Airlines carried more than 11 million passengers last year, according to figures from Sabre, a jump of 17.6 percent on the previous 12 months.

The Star Alliance carrier is currently implementing a 15-year strategic plan called Vision 2025 that aims to position it as the leading airline group in Africa with seven strategic business units.

The carrier is led by chief executive Tewolde GebreMariam, a keynote speaker at Routes Africa 2018.

StarAlliance member EgyptAir carried in excess of 8.1 million passengers in 2017, placing it second on the list of biggest African carriers. The airline, which operates from Terminal 3 at Cairo International Airport, operated more than 120 routes last year across 53 countries in the world.

Morocco's flag-carrier increased passenger numbers by 8.7 percent to about 7.5 million during a year when it celebrated its 60th anniversary. The airline, owned by the Moroccan government, is based at Casablanca Airport and has a fleet of 54 aircraft.

Air Algerie, the national carrier of Algeria, operates from its main hub in Algiers operating a mix of African, European and selected Asian routes. The North African airline carried about 7.2 million passengers in the last calendar year, a rise of 6.9 percent on 2016.

The flag carrier of South Africa has endured a difficult few years and is currently attempting to revive its fortunes under the leadership of chief executive Vuyani Jarana, a keynote speaker at Routes Africa 2018. In 2017 passenger numbers fell 1.1 percent to 6.8 million, the fourth year in a row it has experienced a decline.

Aviation company Comair has been operating local and regional services in southern Africa under the British Airways livery since 1996 and launched low-cost airline Kulula.com in 2001. It carried 5.59 million passengers in 2017, up from 5.36 million in 2016, putting it as the sixth largest carrier.

Tunisia’s national flag carrier Tunisair increased passenger numbers by almost 6 percent in 2017 to 3.26 million, figures provided by Sabre show. The airline currently has a fleet of 28 aircraft, including four which are grounded.

State-owned South African low-cost carrier Mango flew 2.88 million passengers last year, a drop of 3 percent compared with 2016. In May this year, the country’s government announced that Mango, South African Airways and SA Express are to merge as part of efforts to drive “synergy and savings”.