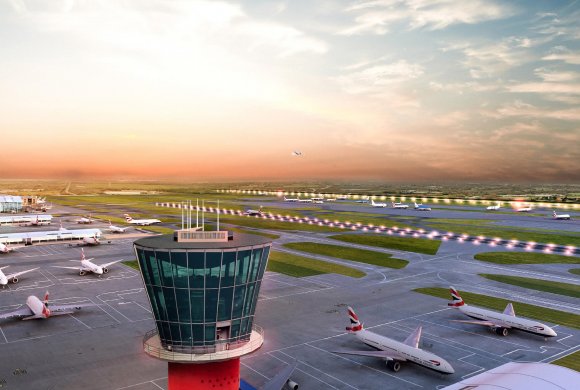 The expansion of Heathrow Airport will create billions of pounds in growth and generate thousands of jobs across the UK in the early years of Brexit, according to the man charged with driving the airport’s future strategy.

Speaking on the ‘Discussing the story of expansion at Heathrow’ panel at GAD World in Hamburg was Andrew Macmillan, chief strategy officer at Heathrow Airport, and Andy Carlisle, project director portfolio management at investor Ferrovial Airports.

The discussion came less than five months after the UK government gave the green light for Heathrow to push ahead with a £14bn project to build a third runway.

“The political argument around the third runway is done,” Macmillan told the audience. “The real phase now is delivery.”

In terms of timeline, Heathrow now needs to obtain detailed planning consent, which is expected during 2020. It is hoped the new runway will open in 2026.

The third runway should allow for an increase in the number of take-offs and landings at the airport to about 740,000.

“We think we should be able to add more movements from the point of planning consent,” Macmillan added. “There is a lot of capacity we can get out of the terminals.”

On Brexit, Macmillan admitted that he hasn’t the “foggiest idea” what the outcome will be, but said Heathrow was preparing contingency plans for every eventuality.

He added that the airport survived the financial crisis a decade ago with only a small dip in passenger numbers and was ready for whatever happens once the UK withdraws from the European Union.

“All we can really do is hope for a pragmatic solution but plan for every eventuality,” Macmillan said.

Andy Carlisle added: “Heathrow has over the years proven itself to be a very resilient asset.”