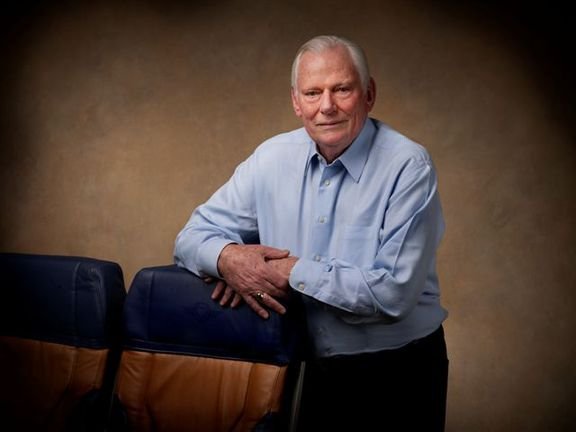 Tributes paid to Southwest Airlines founder
Herb Kelleher, the chairman emeritus and founder of low-cost US carrier Southwest Airlines, has died aged 87. The airline described him as “a pioneer, a maverick, and an innovator”.

He is survived by his wife Joan and three of their four children.

A tribute from Southwest said: “His vision revolutionised commercial aviation and democratised the skies.

“Herb's passion, zest for life, and insatiable investment in relationships made lasting and immeasurable impressions on all who knew him and will forever be the bedrock and esprit de corps of Southwest Airlines.”

Now in its 48th year of service, Dallas-based Southwest operates more than 4,000 weekday departures among a network of 99 destinations in the US and ten countries internationally.

Southwest chief executive and chairman Gary Kelly added: "He inspired people; he motivated people; he challenged people—and, he kept us laughing all the way."

“That simple yet profound way of leading continues to inspire us, and we aspire to honour Herb’s example. Today we lost an industry icon, a legend, and a friend whom we will never forget. Thank you, Herb, you made us all better.”

Herb has been quoted as saying, “It is my practice to try to understand how valuable something is by trying to imagine myself without it.” We now have to imagine ourselves without Herb. #HonoringHerb

“China Southern Airlines is one of the most prestigious airlines in the Chinese domestic market and an important market player in the world, with massive potential for cooperation in the future,” said Akbar Al Baker, chief executive of Qatar Airways.

“Given the complementary strengths and resources of each of China Southern Airlines and Qatar Airways, there are opportunities for us to work together and build a long term relationship in ways that would bring benefits to customers of both airlines.”

Ryanair receives AOC for UK subsidiary
Ryanair has been issued with an air operator certificate (AOC) for its UK subsidiary, which will allow it to operate UK domestic and UK to non-EU routes in a post-Brexit environment.

“We welcome the Civil Aviation Authority’s decision to grant our UK based airline, Ryanair UK, with a UK AOC, allowing Ryanair to operate UK domestic routes and UK to non-EU routes in a post-Brexit environment,” said Juliusz Komorek, chief legal and regulatory officer at Ryanair.

“The risk of a ‘no deal’ Brexit in March is rising, and despite our robust post-Brexit structures, including our post-Brexit plan around European ownership, we continue to call for the UK and EU to agree a transition deal from 31 March 2019, so that any disruption to flights and British consumer summer holidays in 2019 can be avoided.”

Neeleman’s latest venture and JetBlue firm up A220 orders
The start-up airline led by David Neeleman, founder of JetBlue Airways, has signed a firm order with Airbus to purchase 60 A220-300 aircraft. The proposed carrier, code-named Moxy, agreed to buy the jets at the Farnborough International Air Show in July 2018.

“The A220-300 is the right airplane for a new airline that will be focused on passenger service and satisfaction,” said Neeleman. “The A220’s ability to operate profitably in thin, underserved markets across a broad spectrum of ranges is unique.”

Separately, Airbus has confirmed that JetBlue has firmed up an order for 60 A220-300 aircraft. JetBlue’s existing Airbus fleet includes 193 A320 and A321ceo aircraft in operation, with an additional 85 A321neo aircraft on order.

The potential tie up will also allow the carriers to better compete against the increasing dominance of Ethiopian Airlines.

“Air Mauritius took the initiative to join forces with three other African airlines in a bid to create an alliance that would develop air connectivity in the region,” Somas Appavou, the chief executive of Air Mauritius, is quoted as saying by Bloomberg.

“In a highly competitive environment, this alliance would allow the potential partners to create a consolidated network using the individual strength of each airline to offer passenger better choice and flexibility.”

VINCI Airports to make £2.9bn Gatwick investment
VINCI Airports is to acquire a 50.01 percent stake in London Gatwick Airport from Global Infrastructure Partners (GIP) for £2.9bn. The remaining 49.99 percent will be held by GIP.

VINCI said the deal represents “a rare opportunity” to acquire an airport of such size and quality and “fits extremely well” with its long-term investment strategy.

Gatwick is the second largest airport in the UK, handling more than 46 million passengers per annum and serving 228 destinations in 74 countries.

WOW confirms Airbus A321 sale
WOW air is to sell four Airbus A321 aircraft to Air Canada that have been on finance lease since 2014. The disposal, which forms part of the Icelandic low-cost carrier’s ongoing restructuring plan, will improve WOW’s liquidity by more than $12m.

In December 2018, the airline announced it would reduce its fleet from 20 to 11 single-aisle Airbus jets and confirmed a new schedule would be implemented in January. Changes to its network include dropping the newly launched service to Delhi, as well as flights to Los Angeles and San Francisco.

WOW remains in talks with Indigo Partners about an investment deal.

Aeroflot appoints Panov
Aeroflot has named Andrey Panov is its deputy chief executive of strategy and marketing. He has joined the airline group from consulting firm Bain & Co.

While at Bain he played a key role in developing Aeroflot’s Strategy 2023, which aims to grow passenger numbers to between 90 and 100 million by 2023. He also helped to develop the strategy for Aeroflot’s low-cost carrier Pobeda Airlines.