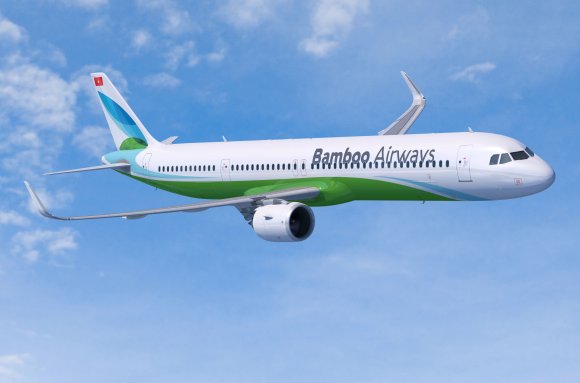 The airline expects to operate 37 routes, with its first services set to connect Vietnam’s capital Hanoi with Ho Chi Minh City and the coastal cities of Quyi Nhơn and Dong Hoi. It is also planning flights from Ho Chi Minh City to Qui Nhon and Van Don.

In addition, Bamboo is targeting services to Japan, South Korea and Singapore before the end of 2019 and hopes to add long-haul destinations in Europe.

“This is a certificate of belief, will and consensus of all parties. I am confident that this AOC certification is an important first step for Bamboo Airways to serve passengers and devote themselves to Vietnam's aviation industry.”

Bamboo is owned by FLC Group, one of the largest conglomerates in Vietnam. The group is involved in a wide range of businesses including real estate development, hotel construction and management, financial services, and mining.

Three months earlier, FLC Group also signed a Memorandum of Understanding (MOU) with Airbus for up to 24 A321neo aircraft.

According to OAG Schedules Analyser, the number of scheduled airline departure seats in Vietnam’s market topped 60 million in 2018, a rise of 9.9 percent on the previous 12 months. Capacity in the market is split 65 percent domestic and 35 percent international.

A look at the number of domestic departure seats on offer over the past five years highlights Vietjet’s rapid expansion in its home market. From offering 1.96 million available seats in 2013, the carrier had 18.4 million seats on offer in 2018.