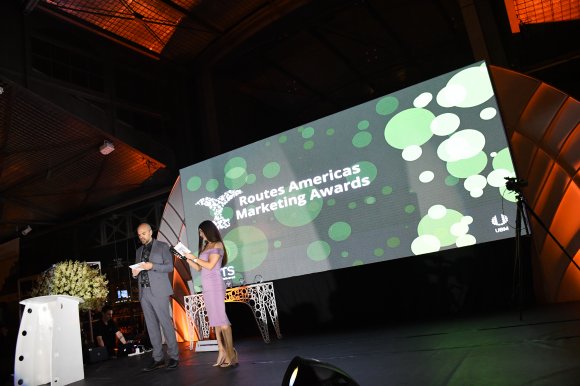 This week, we profile the airports shortlisted in the Over 20 Million Passengers category, as well as the tourism organisations in the running for Destination award. Click here to read the full shortlists.

Seattle-Tacoma International Airport
Three new international services have been launched at Seattle-Tacoma International Airport (SEA) over the past 12 months (Paris, Dublin and Manchester), while four more are launching in 2019. They are Delta Air Lines to Osaka, Cathay Pacific to Hong Kong, Japan Airlines to Tokyo, and Singapore Airlines to Singapore. SEA increased passenger numbers by 6.2 percent last year to almost 50 million, representing an additional 16.6 million passengers over just six years. It has continued to focus on leveraging its status as a dual hub for both Alaska Airlines and Delta Air Lines.

Las Vegas Convention & Visitors Authority
The Las Vegas Convention and Visitors Authority (LVCVA) and McCarran International Airport (LAS) have formed a comprehensive partnership to support initiatives to grow air service for the destination, which has included hosting Routes Americas in 2017. The efforts of LVCVA and LAS have resulted in an estimated annualised overall economic benefit to Las Vegas of over $1bn for air service started in 2018. After securing the first route to Brazil in 2018, KLM and El Al are set to launch new international services this year. LVCVA conducts substantial research, providing carriers with the information they need for planning decisions.

Los Angeles Tourism & Convention Board
As the City of Los Angeles’ official tourism marketing organisation, Los Angeles Tourism & Convention Board markets and promotes Los Angeles as the premier destination for leisure travel, meetings and conventions. The city reached a historic milestone in 2018, welcoming 50 million visitors for the first time ever and accomplishing the destination’s tourism goal two years early. The new record is 1.5 million visitors higher than 2017’s total. Domestic visitors rose 3 percent to 42.5million and international visitors by 3.6 percent to 7.5 million.

Saint Martin Tourist Office
Saint Martin lived through one of the worst natural disasters in its history in 2017, with the passage of hurricane Irma ripping through the heart of the Caribbean island. Rebuilding its tourism industry will take time, but the Saint Martin Tourist Office is at the forefront of the process. Attracting new and former air routes is therefore key to its ongoing revival. In 2019, JetBlue is adding routes to Fort Lauderdale/Hollywood and Boston, while Sunwing Airlines will fly to Montreal and Toronto.