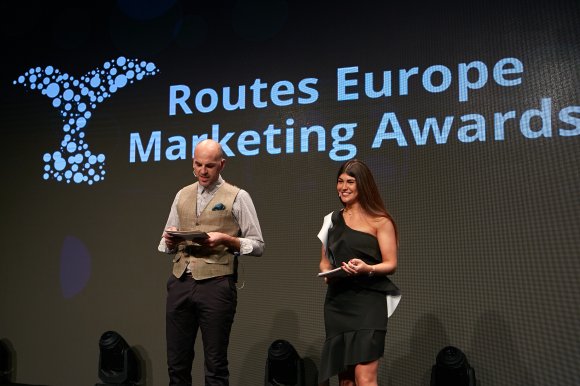 This week, we profile the airports shortlisted in the Under 4 Million, and the 4-20 Million Passengers categories.

Antwerp Airport
Located in one of the most densely populated areas of Europe, Antwerp Airport has been successfully growing traffic and its route network since Egis took over its operations five years ago. Passenger numbers increased to 298,000 in 2018, up from 121,000 in 2014, despite the bankruptcy of Belgian carrier VLM Airlines last year. The airport works with local stakeholders to provide target airlines with the relevant data on specific markets, while it has developed an in-house Quality of Service Index (QSI) methodology and stimulation model to provide carriers with high-level analysis. Long-term discussions with partner airlines have led to the opening of a new base for TUI fly Belgium, with the carrier set to base a second aircraft at Antwerp Airport in summer 2019. The airport has also been successful in retaining a link to London with the arrival of Flybe (operated by Stobart Air) serving London-Southend.

Billund Airport
Billund Airport enjoyed a ninth consecutive year of growth in 2018, passing the 3.5 million passenger mark for the first time in its history. New destinations added last year included Athens, Bergen, Lisbon, Vienna and Warsaw, while LOT Polish Airlines and Widerøe commenced service. As the town of Billund is too small to support any direct air services, the airport’s marketing strategy has focused on positioning it as the gateway to west Denmark and a catchment area of seven cities. In 2018 more than 40 airline meetings and site visits were arranged, resulting in nine new routes for 2019, 21 new weekly flights on five existing routes, and a new Norwegian base. Billund Airport has invested €6m in incentives to support new routes and capacity increases, with 20 out of 23 scheduled airlines growing their presence in 2018.

Chisinau International Airport
Chisinau International Airport is Moldova's main international airport, with 19 airlines operating scheduled and charter flights to 45 destinations worldwide. Since taking on the concession in November 2013, Avia Invest has implemented an investment programme to modernise the airport’s infrastructure, helping to make it more attractive for airlines and positioning it as a bridging point between Europe and Asia. Low-cost carrier Wizz Air opened a base in 2017 and has continued to increase its presence, growing capacity on existing routes and adding new destinations like Copenhagen, Memmingen and Dortmund. Belavia has also opened a route to Minsk, while Air Moldova is opening regular flights in Nice, Thessaloniki and London Gatwick. Marketing support initiatives offered by the airport include ceremonies and press conferences to promote new routes.

Kalamata International Airport
Kalamata International Airport is a small state-owned airport serving the Peloponnese, a region in southern Greece. After the Costa Navarino, luxury travel resort opened in 2010, the airport has focused on attracting new direct routes so tourists to the region do not need to make a three-hour drive from Athens. An air service development programme has been put in place targeting specific markets like the UK, Russia, Germany and France. Since initiating the strategy in 2015, Kalamata has enjoyed a compound annual growth rate of 15.2 percent. Passenger traffic in 2018 grew by 4 percent with 19 airlines operating more than 60 weekly flights during the peak season serving 28 destinations. In 2019, Ryanair is launching routes to Milan, Pisa, Sofia and London Stansted, while easyJet is opening two new weekly flights from Manchester.

Albrecht Dürer Airport Nürnberg
Despite intense competition from Frankfurt and Munich - and setbacks brought about by the insolvencies of key customers Air Berlin and Germania - Nuremberg Airport has enjoyed sustained growth over the past five years. Passenger traffic was 4.5 million last year, representing growth of 37 percent from 2014. In 2018, it added nine new destinations to its network, bringing the total number to a record 68 non-stop destinations. The airport attributes its success to a ‘blue ocean’ strategy of targeting untapped markets rather than battling competitors head-on. An incentive programme promotes new routes with staggered discounts on charges over five years, while the airport works hard to gather intelligence to conceive new, ‘blue ocean’ routes for each airline.

Budapest Airport
Passenger traffic has increased by double digits over the last four years with 2018 recording a rise of 13.5 percent. A total of 18 new routes, including 12 new destinations, were launched between April 2018 and April 2019. They include direct flights to Philadelphia with American Airlines and to New York JFK, Chicago and London City with LOT Polish Airlines. Fifteen new routes have already been announced for 2019, the highlight being service to Shanghai operated by Shanghai Airlines. Budapest Airport held more than 170 face-to-face meetings over the last year, while its other marketing efforts include destination-focussed campaigns, holding trade events, Facebook contests, regular newsletters and tours for foreign journalists and bloggers.

London City Airport
London City Airport’s passenger volumes grew by 6.4 percent to a record 4.8 million in 2018. Nine out of its top ten routes - served by eight airlines - grew in volume year-on-year by an average of 8.9 percent. Since 2017, the airport has attracted a range of leading hub carriers, including KLM, TAP Air Portugal, Aer Lingus and LOT Polish Airlines. Between them, they have added 139 additional weekly flights. Over the past year, London City has partnered with the likes of Expedia and Lastminute.com to help drive more than £3m of revenue direct to its airlines via its website. Other efforts to raise the profile of the airport and its airlines have included featuring on BBC TV show The Apprentice, launching a new brand identity, and holding or organising 42 events in 2018.

Saint Petersburg Airport, Pulkovo
With 12 percent traffic growth, passenger numbers hit a record 18.1 million at Saint Petersburg Airport in 2018. The airport secured 20 new routes, including five long-haul services. Base carrier S7 Airlines also opened ten routes. It attributes its success to its ability to help potential airline partners explore the market, not only by providing market intelligence, research and analysis, but ensuring they are familiar with the city’s infrastructure and economic potential. Saint Petersburg has two route incentive schemes, including a joint programme with the city government to attract new destinations. Other marketing efforts have included an annual award ceremony to reward the airport’s best-performing airline partners.