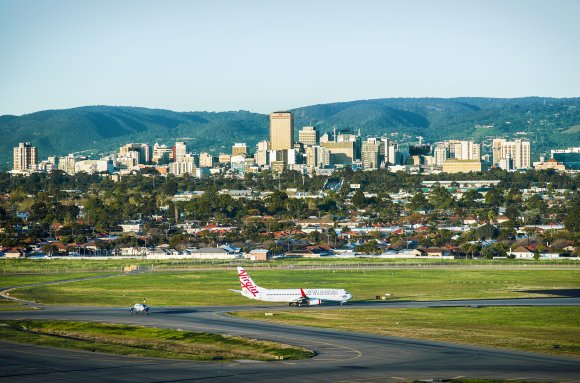 In the past decade, total annual passenger movements at Australian airports have risen from 122.5 million in 2008 to 162.8 million in 2018, a 33 percent increase that the system is struggling to cope with.

The fastest growth is in international traffic, where annual passenger movements in the same period have grown by 77 percent from 23.5 million to 41.6 million.

The largest gateway, Sydney, is so constrained by curfew and movement caps that it is in danger of losing its crown as the most popular arrival airport, after handling 44.4 million passengers last year, of whom 16.7 million were from overseas.

In a game of catch-up, Brisbane is building a new runway, while Melbourne and Perth have new runways in the pipeline and a second international airport is under construction in Sydney.

With inbound tourism forecast to grow by 65 percent in the next five years, the race is on to get new infrastructure in place.

The fastest out of the blocks is Brisbane. Gert-Jan de Graaff, CEO of Brisbane Airport Corporation, is investing more than a million dollars every day constructing a new runway.

With Sydney constrained and Melbourne facing capacity issues, de Graaff says Brisbane is in great shape to capitalise on the new runway opening in 2020.

“We are a 24/7 operation, which is incredibly important because having capacity throughout the day and night is essential for us to grow and maintain our business, particularly for airlines who are coming from curfew-constrained airports,” he says.

“Like all international airports in Australia, we are time-takers, and that means the international services in and out of Brisbane are largely controlled by capacity availability at major airport hubs overseas.”

In 2018, Brisbane’s international passengers totalled six million, and the airport forecasts this will grow to nine million by 2027. There are more than 600 flights daily, well below the airport’s capacity of 1,500 when the new runway opens.

“We are nearing capacity in our peak times, but if an airline approaches us who wants to operate in the middle of the peak, we can make it happen,” de Graaff says. “We are still focused on growing our family of airlines here, and the market is growing off the back of population growth because this is a very attractive tourism and business destination.”

In June, Thai AirAsia X will launch Brisbane to Bangkok and de Graaff says that attracting the first overseas long-haul low-cost carrier flying into Brisbane is proof the airport has its costs under control.

“Traditionally, the low-cost carriers prefer to go into the secondary airports, but this is proof we are very competitive in terms of our pricing. At the same time, we are able to offer quick turnaround and an efficient process and bring them to a very attractive market in terms of inbound and outbound travel.”

Melbourne’s rapidly growing population and a boom in tourism saw the airport exceed 10 million international passengers and grow by 9 percent in 2018. The airport is facing congestion and lack of slots in peak times, but chief of aviation Simon Gandy says there is plenty of room for new services.

“We are busy in our peak periods, but in the shoulder periods there is room for new services, and in off-peak times there’s plenty of capacity,” he says. “The beauty of Melbourne is it’s open 24/7.” In the past four years, the airport has attracted six new international airlines who added a combined 1.2 million seats in 2018.

“Having no curfew is hugely important to airlines because they can leave Melbourne at any time to suit whatever time they are flying into a hub in Asia, Europe or elsewhere,” Gandy says.

Melbourne is finalising its development plan, which includes a third runway that will take about three years and more than AU$1 billion to construct.

With international passenger numbers forecast to reach 22 million in 2038, the airport also has plans for significant expansion of the international terminal.

Gandy adds: “This expansion is being planned around enhancing the customer experience. “Our goal is to give passengers time back – if we give time back and put them more in control of their experience, then you start to destress the whole experience.”

While a recent OAG On Time Punctuality report found Australia and Melbourne falling behind, Gandy is keen to rectify the issue as soon as possible and is already addressing it.

Rather than ignore this, Gandy says the airport has a role to make sure punctuality the best it can be.

He says: “We have to play the leading role over what we are in control of then the collaborative role with partners to say, ‘how can we do things differently to make it easier for you to land and take off on time?’.”

Adelaide Airport, this year’s hosts of Routes World in September, is looking to capitalise on its strong tourism growth, new airline partners and underserved routes to drive its growth for the next decade.

While Brisbane and Melbourne are looking to double capacity, Adelaide Airport Limited is about attracting more airlines to deliver international visitors on direct flights.

In 2017/18, the airport grew international passengers by 6 percent to top the one million per year milestone, with the biggest increase coming from China.

Executive general manager corporate and finance Brenton Cox says: “We are extremely underserviced, which is partly why we’ve had good growth recently.

“Around 40 percent of customers have to fly via another Australian port to get here, so there are significant unserved and underserved markets, including India, Thailand, Vietnam, the Philippines and Japan.

“There are passenger movements each year of around 170,000 people travelling between Adelaide and the US, and they are having to go indirectly for at least one stop and often more,” Cox explains.

“We have significant excess runway capacity that is going to service us for decades to come, and our project at the moment is providing additional international passenger processing facilities,” he adds.

Adelaide, like Sydney, has an 11pm to 6am curfew, but Cox says it is not a constraint on services as flights typically don’t need to operate in the curfew hours.

“Adelaide and South Australia are the next hot destinations. We are the food and wine capital of Australia, if not the world, and we are the WOW state – wildlife, outback and wine.

“We have that existing underserved market and market growth, so we are a very low-risk opportunity for an airline looking to commence a new service.”