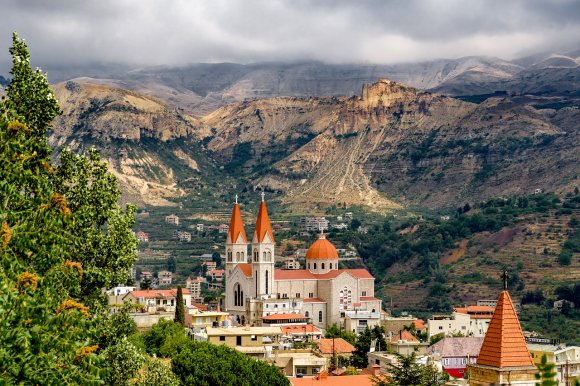 Europe’s largest low-cost carrier Ryanair is to launch its first-ever flights to Lebanon, with a new three-times weekly route between Paphos in Cyprus and Beirut–Rafic Hariri International Airport. The winter season service will begin on 19 October 2019 using Boeing 737-800 aircraft.

Data from Sabre Market Intelligence shows the number of passengers flying between Lebanon and Cyprus has increased from 97,300 in 2013 to 200,226 in 2018. Ryanair will be primarily targeting leisure traffic to Cyprus.

Spanish carrier Iberia is to resume service to Egypt from March 2020 after a six-year hiatus. The oneworld member will operate between Madrid and Cairo four times per week using Airbus A319 aircraft. It previously served Cairo until August 2014.

According to data from OAG Schedules Analyser it will compete with Egyptair, which flies daily between the Spanish and Egyptian capital cities. In North Africa, Iberia currently serves Algiers and Oran in Algeria, and Marrakech, Tangier and Casablanca in Morocco. All destinations are served from Madrid.

In addition to launching service to Cairo, from next March the airline will also increase frequency of its Marrakech flights to two-daily, while Casablanca will also get two daily flights operated by Iberia Regional Air Nostrum.

Fukuoka prefecture is home to more than 5 million of the 13 million residents of Kyushu, the third largest and most southerly of Japan's four main islands. In 1981, the prefecture became Hawai’I’s first sister state in recognition of their deep cultural and economic ties.

Hawaiian previously operated non-stop service between FUK and HNL from April 2012 through June 2014. It cancelled the service saying it had not seen “sufficient passenger growth”.

Hawaiian’s new FUK-HNL flights will complement the airline’s Japan network, which includes non-stop service connecting the Hawaiian Islands with both Haneda and Narita in Tokyo, as well as Osaka and Sapporo.