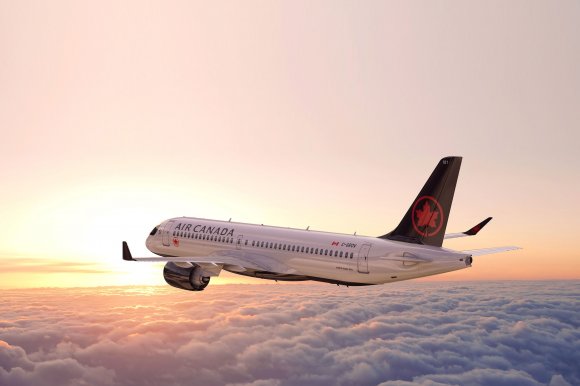 Air Canada has unveiled the first two new routes to be operated with its Airbus A220-300 aircraft, which will join its fleet in December.

The carrier will initially deploy the aircraft from Montreal and Toronto on existing Canadian and transborder routes such as to Ottawa, Winnipeg, Calgary, Edmonton and New York La Guardia.

However, in spring 2020 the airline will launch the first new Airbus A220-300 non-stop routes to between Montreal and Seattle-Tacoma International Airport and between Toronto and San Jose, California. Both are daily and will start on 4 May.

“This aircraft is a game changer for Air Canada as there is simply no rival in this category,” said Mark Galardo, vice president of network planning at Air Canada.

“The A220 will further strengthen our position on transborder and transcontinental markets and be instrumental in our continued growth.”

Air Canada currently flies to Seattle from Toronto and Vancouver, and from San Jose to Vancouver. The Seattle - Montreal flights are times to provide connectivity in Montreal to and from Europe and North Africa.

According to OAG Schedules Analyser, both of Air Canada’s planned A220 routes are unserved, although the carrier flies five times per day between Toronto Pearson and San Francisco using a mix of Airbus A320-family, Boeing 777-300ER and Boeing 787-8 aircraft.

“The two routes announced today are the first of many future possibilities as the A220 will allow us to further develop our North American network, offering customers new routes and more robust year-round schedules,” Galardo added. “With these two new non-stop routes, Air Canada is deepening its transborder network.”

The Montreal - Seattle route will link two of the world’s largest aerospace clusters, anchored by Boeing in Seattle and Bombardier in Montreal. Other Seattle-based companies such as Microsoft, Expedia, and Amazon also have regional offices in Montreal.

“Canada is our second largest air travel market, after Mexico, and Montreal has been a missing link,” said Port of Seattle Commission president Stephanie Bowman. “Seattle leisure and business travelers alike have been eager for non-stop service to Montreal, and we are thrilled that Air Canada is building on its presence in our market by opening this route.”