The overall number of domestic and international departure seats has increased by more than three quarters since 2010, according to analysis of published OAG Schedules Analyser data. Domestic capacity has risen from 1.95 million departure seats in 2010 to 5.18 million this year, while international capacity has grown from 3.88 million to 5.1 million over the same period.

The growth of Kenya’s domestic market in particular has accelerated over the past three years. Between 2016 and 2017, capacity increased by 38 percent and from 2017 to 2018 by a further 30.4 percent. In 2019, existing schedules data shows that the market will expand by 6 percent year-on-year.

In 2019, there will be about 230,000 flight departures leaving Kenyan airports for destinations in Kenya or overseas, with international flights accounting for 20.6 percent of that figure.

In 2019, Kenya’s top ten overseas markets by departure seats accounted for 65 percent of the total international seats available. In total it is connected by non-stop scheduled flights to 45 countries around the world.

Within the top ten biggest international markets, France has grown at the fastest rate. There will this year be 177,869 seats departing for France, compared with 64,896 in 2014. A major driver for the growth has been Air France, which relaunched its Paris CDG – Nairobi operation in March 2018.

A total of 12 airlines operate in Kenya’s domestic market. Flag carrier Kenya Airways commands an 18.8 percent share of capacity, while its low-cost subsidiary Jambojet has 16.5 percent. Jambojet was launched in 2014 to stimulate the domestic market and now operates a fleet of five Dash 8 turboprops. 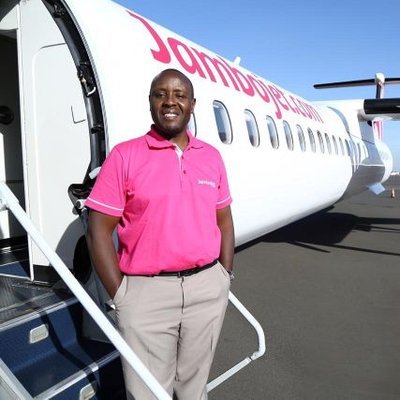 Hear from Allan Kilavuka, chief executive of Jambojet at Routes Africa 2019. He will be taking part in a panel discussion looking at whether the LCC model can be a success in Africa. Other speakers include Sebastian Mikosz, CEO of Kenya Airways, and Raphael Kuuchi, vice president, Africa, at IATA.

The top five largest international carriers by capacity from Kenya is made up of Ethiopian Airlines, which has a 7.4 percent share of seats, followed by Gulf carriers Qatar Airways (4.98 percent) and Emirates (4.85 percent). Tanzanian carrier Precision Air Services is fifth with 2.79 percent.

All of Kenya’s top ten routes by capacity involve Nairobi’s Jomo Kenyatta International Airport. The largest links the country’s capital city with Mombasa, the host of Routes Africa 2019. A total of 1.13 million seats are available on the route in 2019, according to OAG data.

The second largest route is also domestic, between Nairobi and Kisumu. However, only one other route in the top ten is domestic (Nairobi - Eldoret in eighth position).

Of the international routes, Nairobi - Dubai has the most capacity this year, with 381,541 seats on offer. Nairobi - Entebbe is fourth and Nairobi - Addis Ababa fifth.