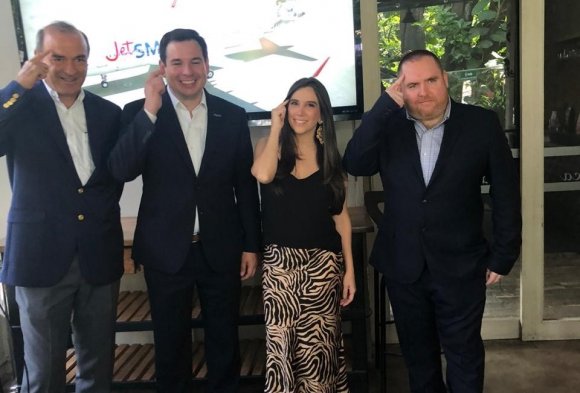 JetSMART is to enter Colombia’s market for the first time, becoming the first ultra-low-cost airline to offer scheduled non-stop service between the country and Chile.

The carrier will open two routes from Santiago de Chile, connecting Chile’s capital city with Cali and Bogotá. Both routes will be served using Airbus A320 aircraft.

Flights to Cali will start on 20 December 2019, initially with two per week but rising to three from 8 January 2020. The Bogotá route will open on 9 January with three weekly flights.

Estuardo Ortiz, chief executive of JetSMART, described Colombia as one of the “most important and dynamic markets” in South America, adding that Bogotá and Cali were “important connection points in the region”.

The airline will compete with two carriers on the Santiago de Chile - Bogotá sector, but the Cali route is unserved. According to data from OAG Schedules Analyser, Avianca offers three daily flights between Santiago de Chile and Bogotá using a mix of Airbus A319, A320, A330 and Boeing 787-8 aircraft, while LATAM flies the route twice-daily using A330 equipment.

Ricardo Lenis, director general of Aerocali, said JetSMART’s launch represents the continuous effort of the airport to attract low-cost airlines that boost the aviation market in the region, “stimulating the growth of passengers and the tourist exchange between both countries”.

David Appleby, ASM’s director - Latin America and Caribbean, added: “These two routes are fantastic additions for our clients, Aerocali and OPAIN Concesionario del Aeropuerto Internacional El Dorado. There is a growing demand for air service between Colombia and Chile and JetSMART’s lower fares will help to further stimulate the market.”

Data provided by Sabre Market Intelligence shows that traffic between Chile and Colombia has grown strongly since 2014 when 263,286 passengers flew between the two countries. The figure reached 521,622 in 2018. JetSMART said it expects the Cali and Bogotá routes will each transport about 30,000 passengers per year.

The ULCC currently operates three international routes from Santiago de Chile, flying Arequipa and Lima in Peru, as well as El Palomar in Argentina. However, its network is set to swell in the coming months with the launch of new routes to Peru and the start of service to Brazil from January 2020.

JetSMART, owned by Indigo Partners, operates a fleet of nine A320s but has ambitions of growing to 100 aircraft by 2026. It currently has 80 A320s on order.

ASM’s work in helping to secure JetSMART’s entry to Colombia comes hot on the heels of a double route success in September. The consultancy aided with Air Canada’s plans to introduce a new year-round service between Montreal and Bogotá, as well as Interjet’s flights between Mexico City and Cartagena.