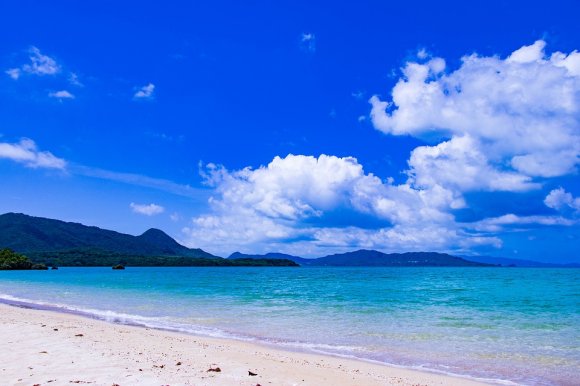 AirAsia X has confirmed its planned launch to the Japanese island of Okinawa, as first reported by Airlineroute. The four times weekly service will operate between Kuala Lumpur and Okinawa Naha via Taipei, starting on 22 January 2020.

Subject to regulatory approvals, it will become the Malaysian low-cost carrier’s sixth international destination in Japan, after Tokyo (Haneda and Narita), Osaka, Sapporo, Fukuoka and Nagoya (via Bangkok). The expansion in Japan follows AirAsia X’s launch of services to Fukuoka and Tokyo Narita earlier this year.

Okinawa, which hosted Routes Asia 2017, is one of Japan’s 47 prefectures comprising 160 islands in the East China Sea. It has long been a holiday destination for the Japanese, while its subtropical climate and coral-fringed waters are attracting an increasing number of international tourists.

“Like Fukuoka, we are building the foundation for more AirAsia flights to serve Okinawa in the near future, strengthening our regional network and allowing more travellers to discover the unique cultural heritage of this amazing destination,” said AirAsia X Malaysia chief executive Benyamin Ismail.

Okinawa is currently served by ten LCCs, the largest of which by capacity is Skymark Airlines. In total, budget operators account for 25.5 percent of all weekly departure seats from the airport.

Norwegian is to open a non-stop service between Austin-Bergstrom International and Paris Charles de Gaulle, starting in May 2020. Flights will operate seasonally three times a week from 6 May until 20 September, reducing to twice-weekly between 25 September and 23 October.

The airline recently confirmed that it will also be increasing the frequency of its seasonal summer service between Austin and London Gatwick from three to four days a week, starting 4 May 2020.  Service on the route will resume for the season on 3 March, initially three-weekly until the upgague in May.

During the summer 2019 season, Austin was connected to three points in Europe - London Heathrow, Frankfurt International and London Gatwick. Lufthansa’s route to Frankfurt began in May this year on board Airbus A330-300 aircraft, operating five times per week.

Data from Sabre Market Intelligence shows that Paris is currently Austin’s largest unserved market in Europe. Figures for the 12 months to March 2019 reveal that there were 25,555 two-way passengers during the period.

Matthew Wood, Norwegian’s SVP of commercial, said: “After two successful seasons of our London service, the need to grow our presence in Austin was clear. Paris is one of our most popular European destinations from the U.S. and with great growth potential in this market.”

WestJet is beginning a seasonal service between Calgary International and Rome Fiumicino from 2 May 2020, initially operating once a week but rising to three-weekly from 28 May. Flights will be timed for connections across the airline’s network in North America, including to and from Vancouver, Edmonton, Winnipeg, San Francisco and Los Angeles.

During the summer 2020 season, WestJet is adding more than 300 Dreamliner departures to key transatlantic routes out of Calgary compared with summer 2019, an increase of more than 52 percent.

Calgary – London Gatwick is six-weekly from 4 April 2020, rising to daily from 14 April, while Calgary – Paris Charles de Gaulle starts on 12 March, initially three times per week but rising to four-weekly from 6 April and six-weekly from 2 June. Calgary - Dublin resumes twice-weekly service on 3 May and increases to three-times weekly flights on 30 May.

Calgary – Rome is currently unserved but 14,182 two-way passengers travelled indirectly between the two cities in 2018, up 8.1 percent compared with the previous 12 months.