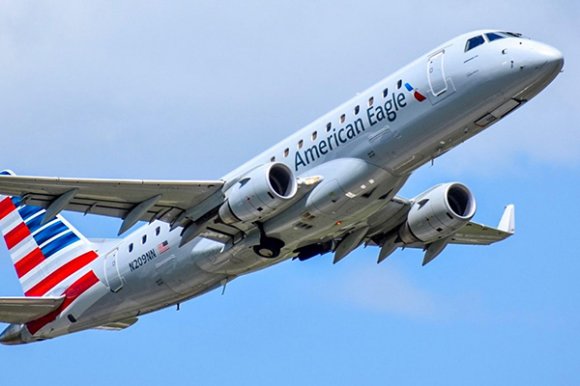 Compass Airlines, a regional carrier that feeds American Airlines’ mainline network, will cease operations in early April following capacity cuts by American that include a significant drop in flying from Los Angeles International Airport (LAX) as a result of COVID-19 coronavirus.

American, like most airlines worldwide, is implementing major capacity reductions to meet reduced demand caused by the COVID-19 coronavirus pandemic. The Dallas-based carrier’s initial cuts, announced last week, included a 14% decrease in contracted flying by Compass. Leach had hoped Minneapolis-based Compass could survive under those conditions.

But American has increased its cutbacks as the demand shock from COVID-19 becomes clearer.

“Demand has diminished to the point that American has made the decision to remove a large majority of American Eagle flights in Los Angeles starting April 7, which will effectively eliminate all our remaining flying,” Leach wrote.

“All our remaining capacity will be completely cut for an undetermined period, and our other, once viable, prospective opportunities have been tabled for the foreseeable future due to the sweeping impact of this crisis.

“These challenges, combined with the fact that our American contract would begin to reach its natural conclusion later this year, have forced us to make the incredibly difficult decision to pull down the Compass operations in conjunction with the temporary wind-down of American’s regional operation in Los Angeles.”

Compass joins Trans States Airlines as the second TSH carrier to announce it will cease operations because of the COVID-19 pandemic. Trans States had announced it would shut down later this year, but cuts at United Airlines in recent days led TSH to accelerate the airline’s phase-out. TSH also owns GoJet.