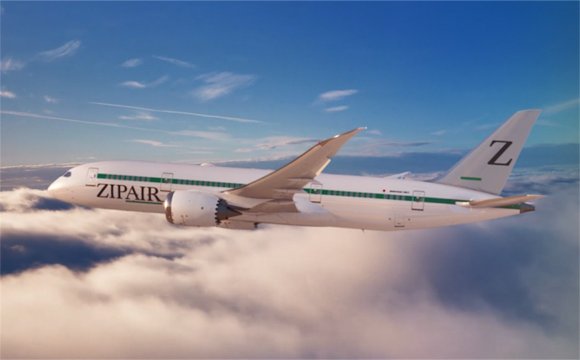 ZIPAIR Tokyo has filed an application with the US Department of Transportation (DOT) to launch nonstop flights to the US later this year.

The airline plans to operate daily service between Tokyo Narita (NRT) and Honolulu Daniel K. Inouye International (HNL) on board Boeing 787-8 aircraft. It hopes flights will begin at the start of the IATA winter 2020 season.

The LCC, which is owned by Japan Airlines (JAL), said it “intends to expand its operations to other points within the United States in the future.”

“ZIPAIR’s high-tech, low-frills approach is expected to resonate particularly well with a market segment of younger consumers who may not need a full range of amenities and who do not typically vacation overseas,” the startup said.

“Service between Tokyo and Honolulu will bring low-cost capacity to that popular leisure route. ZIPAIR’s entry into the US market is consistent with the [DOT’s] longstanding encouragement of low-cost carrier entry in air transport markets.”

ZIPAIR’s maiden flight, between NRT and Bangkok Suvarnabhumi (BKK), was scheduled to take place on May 14 but has been delayed because of the COVID-19 pandemic. The airline is yet to confirm a new date for flights to begin.

However, in its submission to the DOT, the carrier stated that its planned second route between NRT and Seoul Incheon (ICN) is still expected to begin on July 1.

Hawaiian Airlines and JAL had hoped to secure antitrust immunity (ATI) for a proposed joint venture on Hawaii-Japan routes, but their request was denied in March.

However, while the DOT denied ATI, it did approve their general commercial agreements, allowing the pair to continue coordination and further explore “how best to structure an arms-length partnership.”