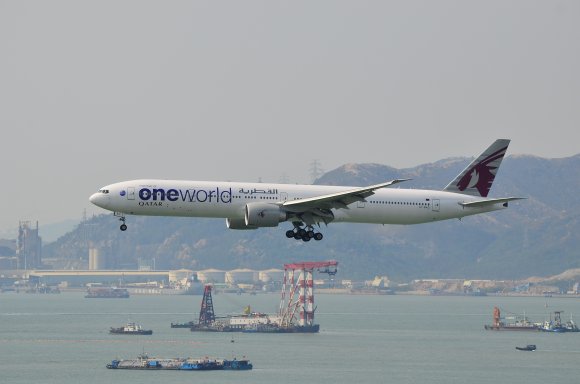 The Australian Competition & Consumer Commission (ACCC) has given oneworld alliance members British Airways and Qatar Airways the green light to coordinate their services on a number of routes between Australia, Europe and the UK.

The approval, which comes into effect on May 29, will run for five years. It goes beyond codesharing to allow the two airlines to cooperate on schedules, pricing, sales and marketing, frequent flyer programs and lounge access on routes from four Australian cities to the UK and Europe, via Doha (DOH).

The Australian cities included in the agreement are Canberra, Melbourne, Adelaide and Perth. Sydney is not included as the London-Sydney market is highly congested and BA already serves the state capital of New South Wales using its own aircraft.

In granting approval, the ACCC said the coordination is “likely to result in public benefits from enhanced products and services due to more convenient travel options and improved customer services.”

“The ACCC considers that the arrangement is unlikely to result in public detriments in the form of unilateral or coordinated effects, given the airlines’ existing joint business agreement and the strength of competitors on relevant routes,” the authority added.

BA and Qatar Airways already have a joint venture on routes between the UK and Qatar, including the trunk route London-Doha, and on more than 80 routes behind and beyond each of London and Doha. However, the agreement did not previously extend to Australia.

In their application, which was submitted prior to the COVID-19 outbreak, the airlines said the new agreement would allow them to “offer customers more compelling and competitive travel options than either would be able to individually, as well as generating efficiencies and cost savings.”

The ACCC acknowledged that the current pandemic may cause fluctuations in market structure and dynamics. But it added: “However, the duration of this authorisation covers a period in which a return to more stable conditions over time is expected.

“The ACCC may reconsider the authorisation if the relevant markets should become significantly less competitive in future.

Earlier this week, Qatar Airways’ Middle Eastern rival Etihad Airways announced plans to restore service from Melbourne (MEL) to London Heathrow (LHR) via its hub in Abu Dhabi (AUH) after it was suspended because of the COVID-19 crisis.

Meanwhile, Emirates Airline today confirmed it will also offer connections in Dubai (DXB) for customers travelling between the UK and Australia from May 21.