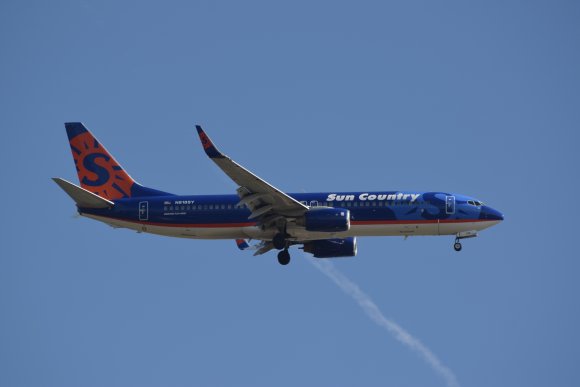 Minneapolis-based ULCC Sun Country is seeking approval from the US Transportation Department (DOT) to extend permission to suspend flying to a large portion of its domestic network until the end of September.

The airline received approval in April to halt service to 15 domestic markets until June 21, and to delay beginning seasonal flights to an additional six points until the same date.

In its application, Sun Country said it has requested the extension because some of the destinations remain subject to quarantine or social distancing orders. The currently booked load factors for service to these points also remain “extremely low,” ranging from an average of 4% to 23% for the three-month period of July, August and September.

“Each of these communities will continue to receive substantial air service from between three to four major air carriers, plus service from other airlines,” the carrier said.

Additionally, Sun Country has asked the DOT to relieve it from service obligations at Anchorage (ANC) and Austin (AUS) from Sept. 7. Prior to the COVID-19 pandemic, the ULCC’s service to ANC was scheduled to end on Sept. 19, while the currently booked load factors from AUS for the four scheduled flights in September after Labor Day are at “unprecedented lows” averaging just 1%.

“An exemption for these two roundtrip services would relieve Sun Country from performing flights that will be essentially empty and incurring significant costs and burdens,” the airline said.

The US CARES Act requires carriers receiving federal payroll support to maintain service to all domestic markets “to the extent reasonable and practicable.” However, where multiple airports serve the same area, carriers are able to consolidate operations at a single airport.

The DOT has so far approved exemptions requested by 15 airlines allowing them to drop service to 75 cities.