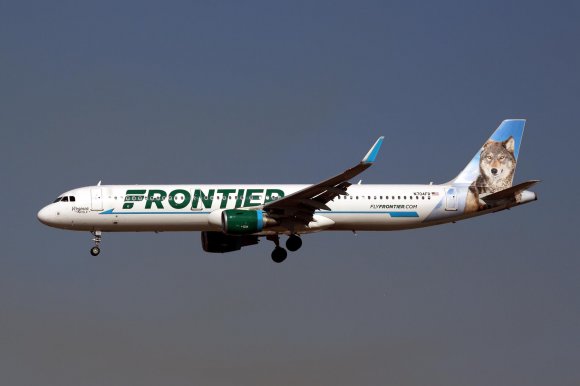 Denver-based Frontier is expanding its domestic network by launching three new routes and adding frequencies on seven others.

The airline plans to boost capacity to popular leisure destinations during the winter 2020-21 season, with particular focus on destinations in Florida.

From Providence’s TF Green Airport (PVD), the LCC is adding a 5X-weekly route to Miami (MIA) from Dec. 17, as well as increasing frequencies to Orlando (MCO) and Tampa (TPA) from the same date. Flights to MCO will grow to 2X-daily and TPA will become daily.

“Theme parks, resorts and other vacation activities are opening across the country, and we recognize there is pent-up demand for travel,” SVP of commercial Daniel Shurz said.

Frontier was the sixth-largest carrier from PVD in 2019, with a 5.3% share of departure seats. Its expansion comes as American Airlines and Southwest Airlines this month reinstated services from the Rhode Island airport that had been suspended due to the COVID-19 pandemic.

From next month, Frontier will also begin a new route linking MCO with Los Angeles (LAX). Flights will be daily from July 2. Additionally, service is being increased on MCO-Albany (ALB), which becomes daily from Dec. 17; on MCO-Buffalo (BUF), which becomes 11X-weekly from the same date.

Meanwhile, MCO-Long Island (ISP) will be increased to 3X-daily from Nov. 12, rising to 4X-daily from Dec. 17. The carrier is launching a new daily service from ISP to Las Vegas (LAS) from March 18, and upping frequencies on its Palm Beach (PBI) and TPA flights. Both ISP-PBI and ISP-TPA will become 2X-daily from Nov. 12.

“Frontier is offering the largest schedule of any airline at ISP this winter with daily flight options to many of the country’s most beloved vacation destinations with low fares to make it even easier to start traveling again,” Shurz said.

Earlier this month, Routes reported that Frontier will debut six services out of Philadelphia International (PHL) this year after firming plans for three new routes.

According to data provided by OAG Schedules Analyser, Frontier on the week of June 15 is offering 206,000 departure seats across about 1,100 flights, up from 185,000 and 1,000 flights last week. Over the coming seven days, its capacity is set to top 250,000 seats as the coronavirus recovery phases begins to kick in.