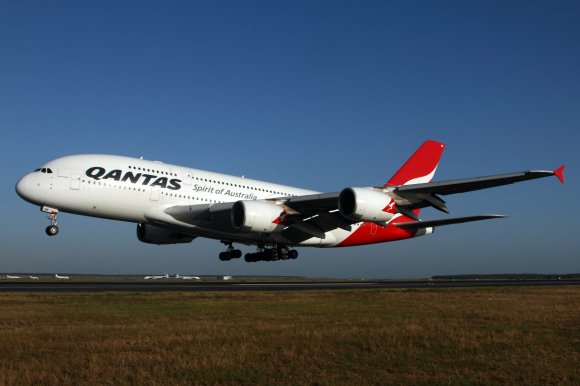 Qantas Group has outlined a series of cost-cutting measures to ensure it survives the coronavirus pandemic, including grounding most of its international fleet for a year.

The three-year recovery plan outlines savings of A$15 billion ($10.3 billion) from reduced flying activity. It said the proposals would help to “guide recovery and return to growth in changed market.”

As part of the restructuring measures, the group will keep up to 100 aircraft grounded for the next 12 months and warned that some might be out of service for even longer, likely to be its Airbus A380 fleet. Its six Boeing 747s will also be retired immediately—six months ahead of schedule.

Qantas said that “the majority” of the mothballed aircraft are expected to go back into service eventually, but some leased aircraft may be returned “as they fall due.”

It has also deferred deliveries of Airbus A321neos on order for low-cost subsidiary Jetstar, as well as deferring delivery of three Boeing 787-9s, which were scheduled to enter the Qantas fleet this year.

“The Qantas Group entered this crisis in a better position than most airlines and we have some of the best prospects for recovery, especially in the domestic market, but it will take years before international flying returns to what it was,” CEO Alan Joyce said.

“We have to position ourselves for several years where revenue will be much lower. And that means becoming a smaller airline in the short term.”

Qantas has already canceled all international flights until late October, with the potential exception of routes to and from New Zealand. Joyce admitted that it might take a year for international services to resume in any meaningful way.

“There’ll be nothing this next financial year; July next year we may start seeing some international services and that will only get us to 50%,” he told reporters. “The following year, only two-thirds of the pre-COVID international schedule.”

As reported by Routes, Qantas intended to operate 48 nonstop international routes during the IATA 2020 summer season, 11 of which would have connected destinations in Australia and New Zealand. In total, it planned to offer about 200,000 weekly international seats during the season.

Other actions being taken by Qantas include cutting 6,000 jobs and continuing to “stand down” another 15,000 staff, most of whom are associated with international operations.

The airline also plans to raise A$1.9 billion ($1.3 billion) in equity—its first such move in a decade—to help accelerate its recovery.

“Despite the hard choices we’re making today, we’re fundamentally optimistic about the future,” Joyce said. “Almost two-thirds of our pre-crisis earnings came from the domestic market, which is likely to recover fastest—particularly as state borders prepare to open.”

Joyce added the group plans to restore 40% of its pre-crisis domestic flying during July and “hopefully more in the months that follow.”