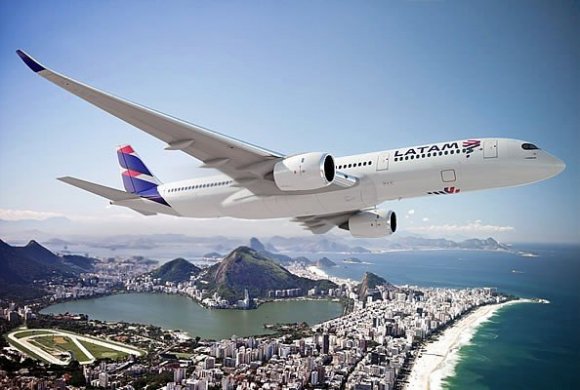 LATAM Airlines Group and its affiliates in Chile, Peru, Colombia, Ecuador and the US are already part of a Chapter 11 process, which began on May 26. The group has sought the protection in order to withstand the severe downturn in air traffic demand spurred by the COVID-19 pandemic.

In June, the group announced its Argentinian subsidiary will cease operations indefinitely.

“We are making this decision at this point so that the company can have access to new sources of financing,” LATAM Airlines Brasil CEO Jerome Cadier said.

“We are sure that we are moving responsibly and appropriately, as we have the challenge of transforming the company so that it adapts to the new post-pandemic reality and guarantees its long-term sustainability.”

Once authorized by the court, LATAM Airlines Brazil said it would continue to fulfil its commitments to passengers with tickets, its frequent flyer program and flexibility policies all being honored.

A statement from LATAM Airlines Group added: “LATAM Airlines Brasil’s decision is a natural step in light of the continuing COVID-19 pandemic and offers the best option to access the proposed debtor-in-possession financing that will provide the tools to adapt to this new reality.”

Confirmation of the Brazilian unit filing for Chapter 11 protection comes less than a month after the airline signed a codeshare agreement with Azul to connect routes in their respective domestic networks.

Meanwhile, LATAM Airlines Group said it has presented the second tranche of its debtor-in-possession financing proposal for approval to a New York court. The tranche covers $1.3 billion that was committed by Oaktree Capital Management and its affiliates.

An earlier tranche of $900 million was already committed by shareholders Qatar Airways and the Cueto and Amaro families when LATAM and its affiliates in Chile, Colombia, Peru, Ecuador and the United States filed for Chapter 11 in May.

It is therefore hoped that financial support will not be required from governments. However, LATAM Airlines Brasil will continue negotiations with Brazil’s National Bank for Economic and Social Development (BNDES).

LATAM Group CEO Roberto Alvo said: “This show of confidence in the group's future has enabled us to secure all the resources that are required to continue operating during the crisis and as demand recovers, to successfully complete the Chapter 11 process.”