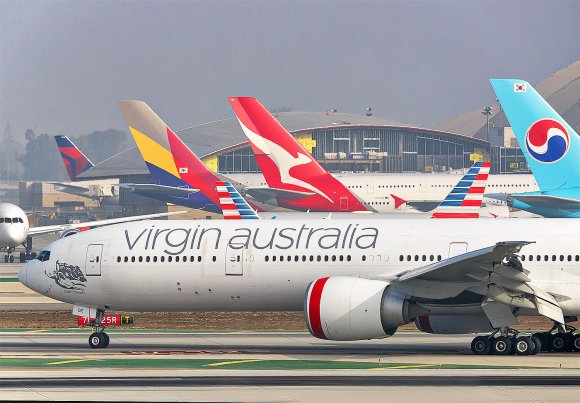 Virgin Australia has revealed plans for its scaled down post-coronavirus operation, which involve major changes to its workforce, network and fleet.

The latest announcement represents the first detailed look at the restructuring blueprint for the airline, developed by Virgin in conjunction with prospective purchaser Bain Capital. Bain was selected as the successful bidder for Virgin in June, after the carrier entered voluntary administration in April.

The restructuring plan fleshes out the previous broad description of a smaller, single-brand airline focused on the Australian domestic and short-haul international markets. This means LCC subsidiary Tigerair Australia will cease operations, along with the airline’s widebody fleet and mainline turboprop operations.

Virgin’s workforce will be significantly trimmed as a result. The new-look airline will require just 6,000 workers, resulting in about 3,000 job losses. However, the carrier hopes to be able to build up to 8,000 workers sometime in the future.

Many of the job losses are linked to the reduction in long-haul flying, but some will also be from the narrowbody operation, Virgin Australia CEO Paul Scurrah said during an Aug. 5 media briefing.

Virgin’s scheduled international operations are currently suspended because of government border and quarantine restrictions. When restrictions are lifted, Virgin will not be resuming its long-haul network, which included routes to the US and a planned service to Tokyo Haneda (HND).

However, Scurrah said the airline still has a long-term goal to eventually relaunch flights to Los Angeles (LAX) and Tokyo when international markets have fully recovered.

Dropping the long-haul services means Virgin’s only international flights will be to short-haul destinations for the foreseeable future, using narrowbody jets. These will include routes to Bali, Indonesia; Fiji; New Zealand, and some other Pacific Island leisure destinations.

The network changes mean Virgin will be cutting its Boeing 777-300ER and Airbus A330 widebodies. The carrier’s six A330s are leased, and the five 777s are a mix of leased and owned.

Following the widebody exits, Virgin’s mainline fleet will comprise only Boeing 737s. The airline operated nearly 80 of these before the pandemic; the final number to be retained after restructuring is still to be decided, Scurrah said. He indicated the optimum fleet size could be 60-80 737s. The airline also has 48 737 MAXs on order, although it is holding discussions with Boeing regarding these aircraft.

Virgin is also cutting its 12 ATR 72s that it mainly used on thinner east coast mainline routes. Most of these routes will be handled by 737s, but some will be discontinued, Scurrah said. Another option are for its Canberra (CBR) flights to be handled by a partner airline.

If Virgin does eventually resume long-haul flying, it would have to add new widebody aircraft. The carrier was already holding discussions with manufacturers before the pandemic with a view to replacing its 777s and A330s with newer types, Scurrah noted. No decision is needed in the short term since the recovery of the international sector is expected to be very slow. The carrier would have many options for purchasing or leasing widebodies, Scurrah said. Using an interim type before making a long-term choice is also a possibility.

Cutting Tigerair was widely expected and had been previously signaled. But while the Tigerair brand will be dropped, Virgin intends to maintain the subsidiary’s air operator’s certificate to give it the option of launching another ultra-low-cost-carrier in the future.

Virgin Australia’s administrators have entered a binding sale agreement with Bain Capital. However, the sale deal must still be put to a vote at a creditor’s meeting to be held on Sept. 4. Former Jetstar CEO Jayne Hrdlicka advised Bain during its bid for Virgin, but she is not expected to take a management role at Virgin. She is likely to be a board member, however.