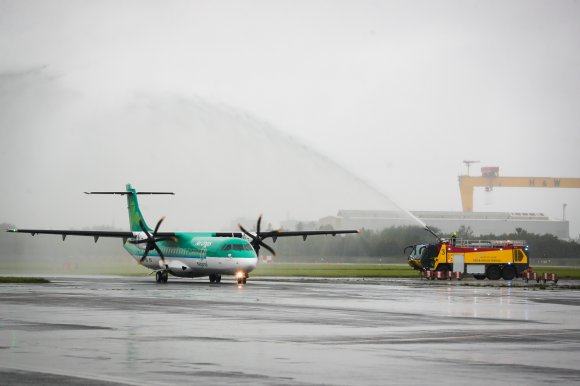 Stobart Air will operate the BHD-EDI flights, offering up to 3X-daily frequency.

An ATR72-600 aircraft was used on the inaugural flight. Five of the aircraft are based at Belfast City Airport and will be used to service these six new routes.

The BHD-EDI route was previously operated by Flybe before its collapse. In 2019, more than 160,000 passengers travelled between the two airports at an average base fare of $33.45, data from Sabre Market Intelligence shows.

Belfast City Airport commercial director Katy Best said: “Edinburgh has always been a very popular route from Belfast City, and we are delighted Aer Lingus Regional has re-established this service since it was left vacant by Flybe.

“Like many industries, the aviation market has had a challenging 2020 in light of COVID-19. However, ensuring essential connectivity remains in place was a key priority for us and that is what we have achieved with Aer Lingus Regional.”

Stobart Air managing director Andy Jolly added that the new routes was part of the drive to “protect our airline during challenging times and to position us for the future.”