Australia’s flag-carrier said it would launch new flights from Brisbane (BNE) in Queensland to Port Macquarie (PQQ) in New South Wales, as well as backfilling capacity on other regional routes. Flights between BNE and PQQ will be up to 5X-weekly on board QantasLink Q400 turboprop aircraft, adding more than 700 seats on the route each week.

Virgin Australia confirmed on Wednesday that all routes to and from Albury (ABX), Ayers Rock (AYQ), Cloncurry (CNJ), Hervey Bay (HVB), Mildura (MQL), Port Macquarie (PQQ) and Tamworth (TMW) would be terminated. BNE-PQQ would have been unserved had Qantas not stepped in. 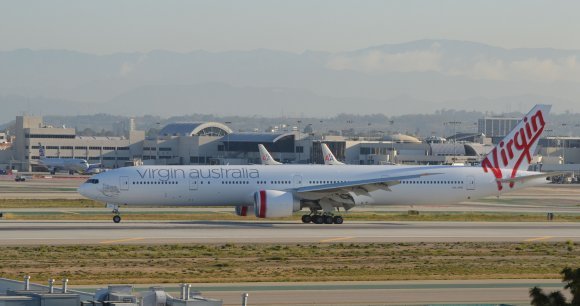 “As the national carrier, and the country’s largest regional airline, we have an important role to play in driving tourism and helping the industry get back on its feet,” QantasLink CEO John Gissing said.

“We also know how important air travel is for regional communities, for residents and business travelers. We’re pleased to be able to support customers with ongoing connectivity where there is demand.”

Prior to the pandemic, Virgin Australia served BNE-PQQ up to 7X-weekly on board Fokker 70 aircraft, providing more than 950 two-way seats. O&D demand on the 450 km route totaled almost 35,400 two-way passengers in 2019, up by 1% on the previous 12 months.

Gissing said there was “significant pent up demand for domestic travel” and added that the planned launch of the new regional service was “another step towards our recovery and getting more of our people back to work.”

However, Qantas stressed that the launch of BNE-PQQ is contingent on an opening of state borders. Queensland closed its border with New South Wales on Aug. 8 to help prevent the spread of COVID-19, with the restrictions likely to remain in place until October at the earliest.

This decision to limit entry has been widely criticized by state leaders in New South Wales, who have accused Queensland’s government of playing “loopy politics.” There have so far been six COVID-19-related deaths in Queensland and 52 in New South Wales.

Qantas has also called for border openings based on medical risk assessments and a “common definition” of what constitutes a coronavirus hotspot. The oneworld alliance member is now encouraging its employees—more than 20,000 of whom have been stood down since April—to sign a petition to support the safe reopening of borders.

Qantas operated 19% of pre-COVID-19 domestic capacity in July—higher than the previously planned 17%—but the reintroduction of Australian interstate travel restrictions has hampered growth. However, CEO Alan Joyce said 20% would be the minimum Qantas will operate going forward.

The airline will be heavily reliant on domestic travel over the coming year, with Qantas not expecting to resume international flying until July 2021.