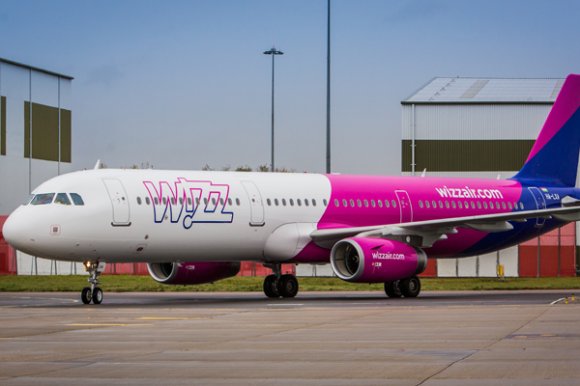 Routes’ digital platform, Route Exchange, is continuing to play an important role in the recovery of the aviation industry, as airlines and airports around the world look to rebuild their networks and stimulate economic growth. Wizz Air Abu Dhabi has launched its first Request for Proposals (RFP) via the Route Exchange platform to identify new routes to add to its initial network.

Routes is the brand leader for cultivating growth opportunities in network and route development within the aviation industry. With over 25 years’ experience in assisting airports globally in developing new air services through conferences, data, training and consultancy, Routes will manage the RFP process for Wizz Air Abu Dhabi. Routes is part of Informa PLC, a leading international events, intelligence and scholarly research group. Operating in over 30 countries, Informa is listed on the London Stock Exchange and a member of FTSE 100.

Wizz Air is the fastest growing and greenest European low-cost airline. With a current fleet of 132 aircraft, the carrier currently operates over 900 routes to 164 airports in 46 countries. In December 2019, it was announced that the carrier would be setting up a new subsidiary, based at Abu Dhabi International Airport. Wizz Air Abu Dhabi was jointly established by Wizz Air and ADQ, one of the region’s largest holding companies with a broad portfolio of major enterprises spanning key sectors of Abu Dhabi’s diversified economy.

Wizz Air Abu Dhabi announced in July 2020 its initial route network launching 6 destinations from its base in Abu Dhabi. The carrier’s decision to use Route Exchange to grow its initial route network is underpinned by its desire to enter key growth markets across the Middle East, Africa, Central, and South East Asia and the Indian subcontinent. With plans to expand its fleet to six aircraft within the first six months of operation and to grow significantly over the coming years, the RFP will play an instrumental role in the carrier identifying new destinations to add to its network.

Kees Van Schaick, Managing Director of Wizz Air Abu Dhabi, said “The RFP process will play an important role in developing our network, our operations and presence in Abu Dhabi. By working with Routes, we will be able to establish new routes from key growth markets and expand our initial route network.”

Steven Small, Director of Routes, said “We believe the key to the industry’s recovery lies in strategic collaboration, creativity and innovation. We’re delighted that Wizz Air Abu Dhabi recognises the value of the Route Exchange platform to help it expand its initial network.”

Interested airports will need to respond to the first stage of the RFP, the pre-qualifying questionnaire. Successful applicants will then be asked to submit a formal response for evaluation, which will be reviewed by Wizz Air Abu Dhabi.