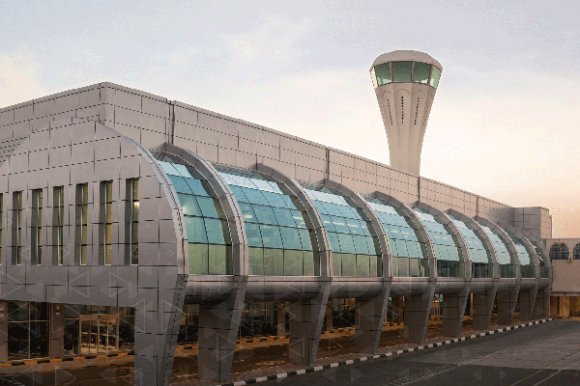 The United Arab Emirates airport is home to LCC Air Arabia, which accounts for roughly 80% of its flights.

Although the COVID-19 pandemic has cut passenger numbers this year, the airport is pressing on with its AED1.5 billion ($408 million) plan to increase capacity to 20 million passengers by 2025.

The airport is popular with several smaller airlines from the Middle East and the Indian subcontinent. It is also a major cargo handling center that attracts a range of specialist cargo airlines.

The new phase is the East Expansion project, an AED40 million extension to the terminal encompassing 4,000 m² over two floors that adds four new gates, together with nine waiting areas, security scanning equipment and food and beverage outlets.

As well as the expansion program, the airport—which has a single 13,320-ft. (4,060-m) runway—is also undergoing renovation of many of its facilities, including the control tower and premium lounges.