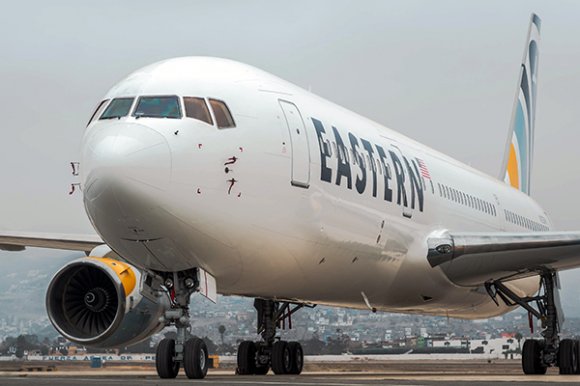 Eastern Airlines has earmarked Argentina and Bolivia as the next two countries it hopes to add to its low-cost, long-haul route network.

The US carrier, which relaunched in February, has applied to the US Department of Transportation to serve Buenos Aires and Santa Cruz de la Sierra during the upcoming winter season. Flights to both Latin American destinations will be from Miami (MIA).

On the route to Buenos Aires’ Ministro Pistarini International Airport (EZE), service would be 2X-weekly on Wednesday and Saturday from Dec. 12. The route would be operated until March 27, 2021 using Boeing 767-200ER and 300ER widebody aircraft. Eastern said the flights would “promote important low fare competitive service between the US and Argentina.”

The planned launch remains subject to Argentina relaxing its tough border control restrictions. The majority of flights have been grounded in the country since March following the government’s decision to impose a nationwide lockdown designed to curb the spread of COVID-19.

In April, a decree signed by the National Civil Aviation Administration banned carriers from selling flights to, from and within the country until Sept. 1. That has since been extended and remains in place.

However, in June LATAM Airlines Group announced its Argentinian subsidiary had ceased operations indefinitely. The Chilean airline group said the decision had been made “due to current local industry conditions, exacerbated by the COVID-19 pandemic, which has left the sustainability of the project unviable.”

Should the carrier be given the green light, it would provide direct competition for Boliviana de Aviacion and become the only US airline to serve Bolivia.

American had served Bolivia for 29 years but suspended its 3X-weekly MIA-VIV route in November 2019. Prior to that, the carrier’s flights between MIA and La Paz (LPB) were halted in June 2018.

A relaunched Eastern took to the skies in January 2020 with flights between New York John F Kennedy (JFK) and Ecuadorian city Guayaquil (GYE). During the pandemic the carrier turned its attention to operating repatriation flights, enabling more than 25,000 US citizens to return from over a dozen Latin American countries.