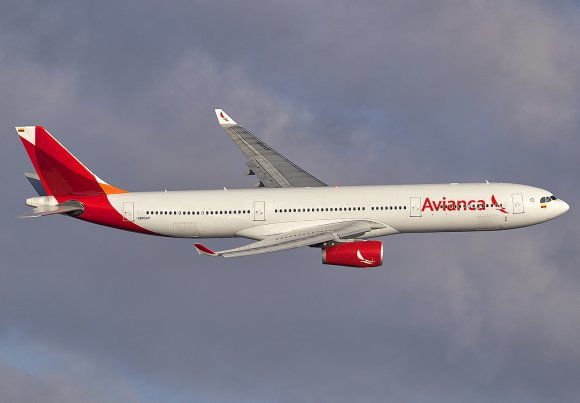 Anko van der Werff has been CEO of Avianca since 2019. He was previously with Aeromexico as executive and commercial VP for five years. Earlier in his career he was SVP at Qatar Airways and also led Air France-KLM’s commercial strategy in the British Isles and the Nordics.

Read part two of the interview.

How are you coping with COVID-19?

The hardest part of managing COVID, for all of us, has been all the different policies, applications and interpretations of policies and regulations throughout the world. It's very easy for a government to say that ‘this is what needs to be done,’ but passengers are traveling to or arriving from different destinations. Each have different rule sets and it becomes incredibly complex.

It’s got better since March, but you still see it; slot regulations on waivers, rules on quarantine and isolation, rules on PCR tests. We need to make sure as an industry, together with the World Health Organization, together with governments, we create a standard set of rules. It’s the same virus with the same characteristics.

Why for some countries is it a negative test within 24, 48, or 96 hours? Then for many countries you don't need a test? It doesn't instill confidence in people. We will know that the chances of contagion in the aircraft are extremely low; basically, almost zero. I've been flying a lot over the last few months and I actually find it quite comforting that everyone’s temperature is checked throughout the day. You wonder why we didn't do that before! Why were we okay to just have sick people around us all the time? I think that we'll come back once there is really that good news of vaccines and people feel more comfortable.

It definitely needs to be IATA, ICAO and ACI taking the lead, because our regulators are the Aerocivils of the world—civil aviation—and they have links to ICAO. They really need to sit down with the World Health Organization. We’re working very well with our regulators but you still have cases where all of a sudden, governments decide on large-scale shutting down of airports or putting in place negative PCR tests with just one day of lead time; it just doesn't work that way. And then we have to deal with no shows up to 40/50/60%. You can't make it work, it's difficult enough as it is.

How are your finances?

We have Chapter 11 as a tool, which European airlines don't have. We have secured a $2 billion DIP which provides for $1.2 billion in cash, so we’re able to breathe again. We think that is sufficient for us to get through 2021 at least. We can definitely see the light at the end of our tunnel.

We’re using Chapter 11 for two things: right-sizing our fleet and, of course, getting the right deals on what we keep. Chapter 11 is very process-oriented, and very future-oriented; it’s focused on keeping you as a going concern, but it needs the business to move forward. And everybody's working together to make sure that the business not only gets out but gets out in a better shape. No one wants to go through this process again and again.

Will airlines need to change their approach to financial management?

What’s happening right now is exceptional. A journalist asked me recently ‘as a CEO you prepare your company for these events don’t you?’ The biggest event that we had until COVID where we didn’t fly was 9/11, and that lasted for three or four days and everybody was back in the air. Of course, we didn’t have 100% demand, but six months after we were there. SARS was the same.

This has been six months that we haven't flown at all. This is still a public decision, made for the right reasons, for health reasons, to shut countries down. As a person it makes sense but as the CEO of an airline it's almost impossible for those public decisions to be imposed on the private balance sheets of companies. There is no way of sustaining your business for six months without any flights or sales. What business wouldn’t be in trouble?

I do not have an issue with governments taking those decisions; that's what governments are for. But we need clear rules and guidelines on how we make sure that these companies can handle these publicly caused balance sheet hits and weather the storm.

Are airlines affected more than other aviation stakeholders?

Typically that was my speech to IATA pre-COVID. If you looked at the margins of airports, they were absolutely amazing. They were seeing airlines almost as volume generators, just to make sure that those airlines would take passengers to airports and then eat and drink at the restaurants etc. and they would be they would be in good shape.

If I look at South America, for instance, where everything was pretty much shut down, the pain is everywhere. We are really in the same boat. I'm personally not seeing a massive need for competitive shenanigans over the winter season. It will be difficult enough for us and the wider industry. We need parity. Slot waivers? Which season? What's going to happen?

In the end this is a health crisis. We shouldn't also turn this into a real competitive crisis where we're forced to grab slots, hang on to slots. That's of lesser importance to me.

It's the governments and civil aviation authorities that needs to understand that if you shut us down for months on end then then you clearly need to bear some of the pain as well. It's definitely an ecosystem, not just an airline industry problem. What good is an airline in a year’s time if there are no more airports or lessors?

Anko van der Werff is a keynote speaker at Routes Reconnected, a five-day conference with one-to-one meetings which brings together the route development industry. Find out more.