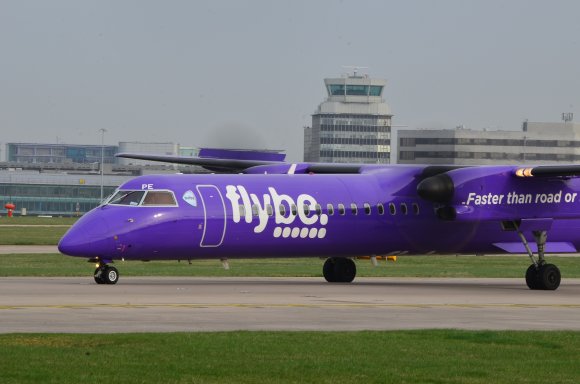 Virgin Atlantic would be willing to partner with Flybe should the UK regional airline’s planned resurrection come to fruition.

That’s according to Virgin Atlantic CEO Shai Weiss, who said the strategy of cooperating with a carrier that can provide short-haul feed for its long-haul routes remains a sound proposition.

“We’re an interested party because we have a residual interest in that business,” Weiss said. “We welcome the opportunity to Flybe to resurrect itself yet again and to serve the various regions in the UK.”

Flybe ceased flying in March, less than two months after the UK government announced a rescue package. The company had long been under financial pressure and blamed the early impact of the COVID-19 crisis for tipping it over the edge.

Flybe was previously owned by a consortium that included Virgin Atlantic, New York-based hedge fund Cyrus Capital and Stobart Air. Prior to its collapse, plans were afoot to rename the carrier Virgin Connect.

Virgin Atlantic hoped Virgin Connect would provide feeder traffic for its long-haul network from Manchester (MAN) and London Heathrow (LHR). The carrier has been without a short-haul partner since subsidiary Little Red ceased operations five years ago.

However, in October it emerged that Flybe’s brand and remaining assets had been sold by administrators at EY to Thyme Opco, a company linked to Cyrus Capital. The US company said it plans to restart the airline and “restore essential regional connectivity in the UK.”

Speaking about the potential revival, Weiss said: “We hope and hear there maybe signs of a resurrection. And of course, if the commercial terms are there, we will be willing partners just as we have been in the past.”

But Weiss cautioned that the immediate focus is on the survival of Virgin Atlantic, saying the business would only focus on cashflow positive activities during the recovery phase.

“Longer term we’ll re-evaluate to see where things are—whether Flybe is around under a new lease of life or whether we needed to do something ourselves,” he said.

Weiss added that the company, which in September completed a £1.2 billion ($1.6 billion) private-only solvent recapitalization of its airline and holiday business, has reduced its costs by £335 million ($442 million) and should have a “financially sustainable future” when demand returns.

Among Virgin Atlantic’s cost-cutting measures have been to consolidate its London operations at LHR, resulting in the closure of its London Gatwick (LGW) base. However, the airline still retains its slot portfolio at LGW thanks to the ongoing suspension of the 80/20 slot rule.

“Gatwick has a special place in our company history and hopefully we’ll resume,” Weiss said. “We know that Gatwick is a very good airport which is focused very much on leisure travel, mostly point-to-point, so there is very limited connectivity coming in from other places.

“But we’re expecting leisure travel to resume quicker than the business travel so we're not ruling Gatwick out. But for now, I expect next year, no changes to the configuration.”

In addition, two routes to India are being opened from MAN, connecting the UK city with Delhi (DEL) and Mumbai (BOM) 2X-weekly and 3X-weekly respectively. Weiss said further routes—likely to be to the Caribbean—will be launched from MAN.

“In Manchester there is a great opportunity to serve 20 million people within the vicinity,” he added. “We made a bet that there would be one winner in Manchester: it could be either us or Thomas Cook. We did not make the outcome happen [Thomas Cook’s failure], but we contributed in a small way.”