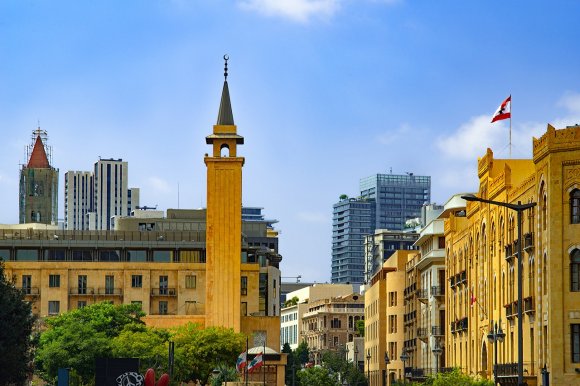 After taking over most of Ryanair’s route network from Dusseldorf International (DUS) following wet-lease operator Laudamotion’s base closure, Eurowings is planning to add even more destinations from the airport this winter.

The Lufthansa subsidiary will in December begin flying for the first time to Beirut, the capital of Lebanon, and to Erbil, a city in northern Iraq. Flights from DUS to Beirut (BEY) will begin on Dec. 19, operating 2X-weekly on board Airbus A320 aircraft. The route to Erbil (EBL) starts three days later and will also be served 2X-weekly.

Eurowings is also planning to launch two other services between Germany and BEY, with flights from Berlin (BER) launching on Dec. 19 and from Stuttgart (STR) in February 2021. The nonstop services will be 2X-weekly and 1X-weekly, respectively.

According to data provided by Sabre Market Intelligence, O&D traffic between Dusseldorf and Beirut totaled 47,848 two-way passengers in 2019, down 2.2% on the previous 12 months. The dip came during a year when connectivity suffered because of the collapse of Germania, the Berlin-based LCC.

Germania had been the only operator of the route and its failure in February 2019 left the destinations without nonstop flights for three months. SunExpress Deutschland then took over DUS-BEY, providing 2X-weekly flights. However, the carrier ceased flying in June 2020 after being “hit hard” by the effects of the COVID-19 pandemic.

OAG Schedules Analyser data shows that Eurowings will therefore be the sole operator of DUS-BEY flights when it begins service in December. The LCC will be hoping to attract VFR traffic on the route, given that people of Lebanese descent form one of the largest minorities in Germany.

“Visiting families and friends is especially valuable in times of crisis,” Eurowings CEO Jens Bischof said. “People of all nationalities regularly seek closeness and personal exchange with their relatives.”

As well as contending with the COVID-19 crisis, Beirut was in August rocked by an explosion at the city’s port which killed more than 200 people and injured thousands more.