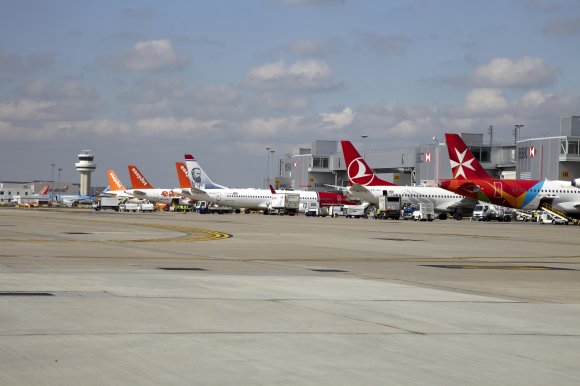 Extending the temporary waiver on airport slot rules in Europe through the summer 2021 season will slow the recovery and prevent competition returning to the industry, according to the CEOs of Ryanair Group and Wizz Air.

The European regulations, which dictate that airlines lose a slot if it is not used 80% of the time, were suspended for the summer 2020 season and extended in September for winter 2020/21. The European Commission said the extension would help the industry to recover from the pandemic.

Many airlines and industry bodies have been in favour of the slot waiver as it allows carriers to adjust capacity to fit passenger demand. However, O’Leary claimed that a further suspension of the 80/20 rule into summer 2021 would be bad for airports and passengers, as well as prolong the time it would take for the sector to recover.

“There’s no justification for a slot waiver for summer ‘21 and yet it's going to be rubber stamped,” O’Leary said. “Giving KLM, Air France, Lufthansa and the others slot waivers means we will have a very slow recovery through summer ’21, even if we have a vaccine. There’s no incentive for those carriers to put up their capacity.”

O’Leary claimed Ryanair would “respond quickly and respond with price” once travel restrictions ease and demand begins to return but said the Irish ULCC can only add capacity at airports that are not slot-constrained.

“Airports should be very concerned—and they should be mobilizing governments around Europe against these automatic extensions as the ones who are going to get hit are the airports and the consumers,” O’Leary said.

“We opposed the extension, but we were voted down. The next issue is whether the extension will continue into the winter of ’21 and the summer of ’22. Airports need to start wising up to the fact that they’re going to get scalped.”

Speaking during an earlier ACI Europe interview on Nov. 17, Wizz Air CEO József Váradi also reiterated calls for the slots waiver to be scrapped. He has previously argued that the Hungarian ULCC is being blocked from expanding at airports like London Gatwick (LGW) because slots are being protected.

Váradi, who is one of the keynote speakers at Routes Reconnected, said the waiver was not in the public interest, serving only airlines which “have been monopolizing access to markets.”

“Many airports are basically empty at the moment, but new entrants are prohibited from accessing them,” Váradi added. “It doesn’t make any sense. I think accessibility to airports must be opened up unconditionally.”

Wizz opened a new base at LGW in October but claimed that its efforts to further expand have been thwarted by a lack of available slots. The airline has accused rivals of “slot-blocking,” alleging that some carriers at LGW are seeking to retain slots “that they have no intention of operating in the near future.”