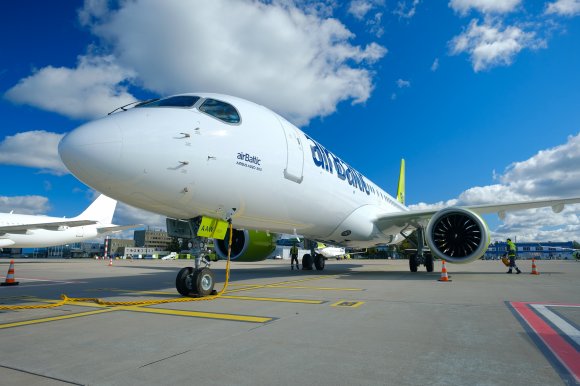 Latvian carrier airBaltic is exploring the potential of adding new medium and long-haul routes as the airline reshapes its network in response to the COVID-19 pandemic.

CEO Martin Gauss said the Riga-based carrier had adopted a more short-term and flexible approach to route planning and can now launch services within a day.

Speaking during a keynote interview with ASM managing director Dave Stroud as part of the Routes Reconnected 2020 conference program, he also explained that airBaltic is using social media to help gauge levels of demand, particularly on leisure routes to warm weather destinations.

“We are now able to open a route within a day—that is something new for our airline,” Gauss said. “That’s how we’re going to operate in the future, with flexibility and speed. That flexibility means that if something doesn’t work, we can stop it and shift that capacity somewhere else.”

CAPA Fleet Database information shows airBaltic operates a fleet of 23 Airbus A220-300s, with a further 27 on order. With a flying time of about six hours and a distance of 4,368 km, Riga (RIX)-Abu Dhabi (AUH) was the longest route in the airline’s network prior to the pandemic.

However, Gauss said the range of the A220 fleet means the carrier is able to evaluate “many, many airports, we wouldn’t have looked at before the crisis.” He added that the airline is considering routes that pre-pandemic could support widebody service but are no longer viable in the current climate.

“We could do this with one of our 22 codeshare partners from another area, not just the Baltics,” Gauss said. “Wizz Air is a good example of how flexible you have to be. They have looked at the Norwegian [Air Shuttle] situation and have gone ahead and launched domestic routes in Norway.”

Gauss said he expects a slight upturn in December’s traffic thanks to seasonal VFR demand, but believes traffic is likely to remain weak until March. However, he anticipates increased demand heading into the summer 2021 season once COVID-19 vaccine programs start being rolled out.

“People will start having vaccines and that will change the public’s view of the virus,” he said. “A lot of people would travel if they felt comfortable about it and if the restrictions were not there.

“Because of that, I think we will see a restart beginning in March, so we plan to bring in more and more capacity from then.”

AirBaltic expects to fly about 80 routes during the summer 2021 season, including resuming 10 routes from RIX that have been halted because of the COVID-19 crisis, as well as launching five more that were originally intended to start this year.

In addition, the hybrid carrier plans to increase the frequency on several popular routes, including flights to Barcelona (BCN), Dublin (DUB) and Paris (CDG).

“We will not see 2019 levels of course, but there will be a lot of VFR and leisure traffic next summer,” Gauss said. “A lot of people are desperate to go somewhere else and to have a different experience. This is in our DNA as humans.”