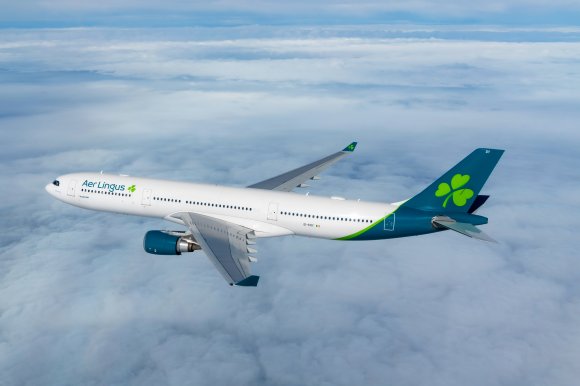 Irish carrier Aer Lingus is seeking permission to enter the UK-US transatlantic market from next summer, with an initial three routes planned from a new base at Manchester Airport (MAN).

The Dublin-based airline has applied to the US Department of Transportation (DOT) to operate services to Boston (BOS), New York John F Kennedy (JFK) and Orlando (MCO) with two Airbus A330-300s. Two A321LRs, due for delivery in February and March respectively, will also be used.

A new subsidiary called Aer Lingus (U.K.) Ltd has been set up to fly the routes, with the UK Civil Aviation Authority expected to issue an air operator certificate during the first quarter of 2021. However, the UK-US flights will operate under the Aer Lingus name and have the EI designator code.

Aer Lingus has also requested to use the BA designator code of fellow International Airlines Group (IAG) carrier British Airways on the flights, but said it was not seeking any codeshare authority with other airlines at this stage.

“With the closure of Thomas Cook Airlines in September 2019, all nonstop routes to the US from Manchester in 2021 are forecast to be served by only one operator, and 70% of the peak summer capacity is anticipated to be operated by Virgin Atlantic,” Aer Lingus said in a filing to the DOT.

The carrier expects to operate 1X-daily year-round flight to JFK, as well as daily summer service to BOS. Operations between MAN and MCO will be daily during the summer and 4X-weekly in the winter season.

Aer Lingus hopes to begin the routes during the summer 2021 season and has therefore urged the DOT to quickly approve its request. It is understood that the carrier has secured 1,500 slots at MAN for the season.

“Given the extraordinary market conditions resulting from the COVID-19 pandemic, the ability to promote, advertise, and sell these services as quickly as possible could significantly contribute to the ultimate success of the competitive services proposed in this application,” the carrier said.

In November, the DOT also granted Aer Lingus tentative approval to join an existing antitrust-immune transatlantic joint venture that includes American Airlines, BA, Iberia and Finnair. The venture is known as the oneworld immunized alliance, although Aer Lingus is not a member of oneworld.

According to data provided by OAG Schedules Analyser, there are currently no nonstop routes operating between MAN and the US. However, Virgin Atlantic resumed flying from the airport on Dec. 5 after a nine-month hiatus and is scheduled to restart Atlanta (ATL) and JFK services on Dec. 28. Flights between MAN and MCO are slated to resume on Jan. 7.

The US and the UK officially signed a new Open Skies agreement on Nov. 17, ensuring air transport between the nations continues seamlessly in a post-Brexit environment.

Air traffic between the countries had been covered under the US-European Union (EU) Open Skies regime, but the UK’s exit from the EU made a new agreement necessary. The agreement will become effective on Jan. 1, 2021 when the UK's post-Brexit transition period with the EU comes to an end.