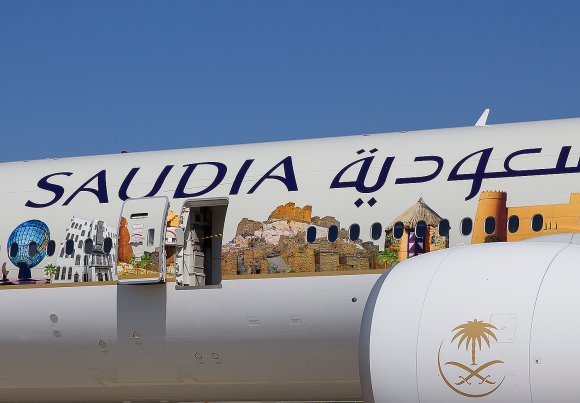 The national carriers of Qatar and Saudi Arabia will this week start adding back scheduled routes between the countries, less than a week after a deal was reached to end a diplomatic dispute spanning more than three years.

Qatar Airways has resumed flying between Doha (DOH) and Riyadh (RUH), and plans to restore Dammam (DMM) and Jeddah (JED) to its network in the coming days. Saudia—also known as Saudi Arabian Airlines—has also reinstated flights to DOH from its RUH and JED hubs.

A "solidarity and stability" agreement was signed by leaders on Jan. 5 at a Gulf Co-operation Council (GCC) summit in the Saudi Arabian city of Al-Ula, ending a rift that has seen Saudi Arabia, Bahrain, Egypt and the United Arab Emirates blockade Qatar since June 2017.

Saudi Arabia has since reopened its airspace to Qatar, as well as land and sea borders, paving the way for the restoration of air routes.

Qatar Airways flight QR 1164 departed from DOH bound for RUH at 1.45 p.m. on Jan. 11, becoming the first scheduled service the airline has operated between the destinations in three-and-a-half years. The oneworld alliance member intends to serve the 1-hr. 25-min. route 1X-daily.

From Jan. 14, Qatar’s flag-carrier will restart flying 4X-weekly to JED and two days later begin a daily service to DMM. The airline’s booking system shows it plans to operate the three routes with a mix of Boeing 777-300ERs, 787-8s and Airbus A350-1000s.

“We also look forward to resuming a strong relationship with our trade and cargo partners in the Kingdom of Saudi Arabia, as well as the major airports in the country,” Qatar Airways said in a statement.

Meanwhile, Saudia is also returning to Qatar this week for the first time since June 2017. The airline is resuming JED-DOH with three flights per week, while RUH-DOH will be 4X-weekly. The carrier intends to use A320 aircraft on both routes.

Nonstop flights between Qatar and Saudi Arabia were suspended in June 2017 when Saudi Arabia—alongside Bahrain, Egypt and the UAE—accused Qatar of supporting terrorism and destabilizing the region. The accusation was vehemently rejected by Qatar.

As reported by Routes, OAG Schedules Analyser data shows that the UAE was Qatar Airways’ biggest country market by weekly seat capacity prior to the blockade, accounting for about 7.3% of all departure seats from DOH. Saudi Arabia was the second largest, with a capacity share of around 6.8%.

The Qatar detente has been welcomed by aviation industry bodies, with ICAO and IATA saying the deal would help to provide “essential air links to families and businesses across the region.”

“It will permit the resumption of direct flights between these countries and Qatar, eliminating complex transit travel itineraries that saw typical journey times increase from under an hour to over five hours in some cases,” IATA regional VP for Africa and the Middle East Muhammad Al Bakri said.

“The agreement also opens the door for the establishment of quarantine-free travel corridors which will allow families and friends across the region to be able to reconnect and businesses trade more easily. And will facilitate the transportation of COVID-19 vaccines globally given the region’s strategic location.”