William Shaw launched Viva Air Colombia in 2009 and was more recently CEO of Mexico’s Interjet. He’s now looking to launch a new ULCC in Colombia called Ultra Air and hopes to grow with eight to 10 aircraft every year over the next four years.

Shaw was interviewed during Routes Reconnected 2020 in late 2020 by Dave Appleby, Latin America and the Caribbean director at Routes and ASM.

How did you get into the airline industry?

It was very serendipitous that my dad fired me from my first job at the family business—and it turned out to be the best decision for him and me. I wanted to backpack Europe and the only thing I could find was a job as a check-in agent with British Airways. That gave me an incredible experience of the airline industry.

I’m going to date myself by saying this, but the questions that I used to ask were smoking or non-smoking, window or aisle. Those were the choices that you had as a passenger. But I absolutely loved it and since then I’ve probably done every single role in an airline apart from fly commercially. I love the industry because it’s about putting people together.

How did the launch of Viva Air Colombia come about?

British Airways brought me to Colombia in 1998 as a sales manager and I held various roles before BA and Iberia came together. I left to go to San Francisco, and I worked in cargo, which is very different from what I’d known before. I then decided to do a master’s degree and the thesis for my degree was a low-cost airline start-up in South America.

When I started to look at the numbers, Brazil and Mexico already had some great start-ups all doing very well, but Colombia did not have an LCC start-up despite being the third largest market.

In 2008 I started to look for financing for an airline—it was incredibly tough to get as it was the second largest financial crisis the world had ever seen. But out of crisis comes opportunity and we got some great investors together and began operating the airline [then Viva Air Colombia] in May 2012. We sold it at the end of 2016—it was great to be able to create something; to be able to create thousands of jobs and to give people the possibility of travelling really inexpensively.

Where did your career take you next?

I’m involved with Green Africa Airways in Nigeria and Flycana in the Dominican Republic. I also worked alongside Mike Powell at Flybondi for a little while. After that I was in Mexico [at Interjet] but when the airline was sold the shareholders wanted a new CEO.

I was sitting around my house wondering what to do next. I started to see that there’s really a great opportunity for another LCC start up in Colombia.

Why is now a good time to create Ultra Air? Has the precarious position of some competitors been a driving factor?

I wish everybody in the airline business the best of luck, but during this pandemic they have been weakened. That weakened cash position makes it more interesting and easier to compete as an LCC.

We’ve known the world over that low-cost is the model that keeps growing. British Airways, my first employer, used to love to have the tagline ‘the world's favourite airline’—they could say that because they were the airline that flew the most international passengers worldwide. But there are LCCs in Europe that now fly more international passengers than British Airways. If you look at Mexico, the two dominant market carriers now are LCCs. It’s the same in Brazil. 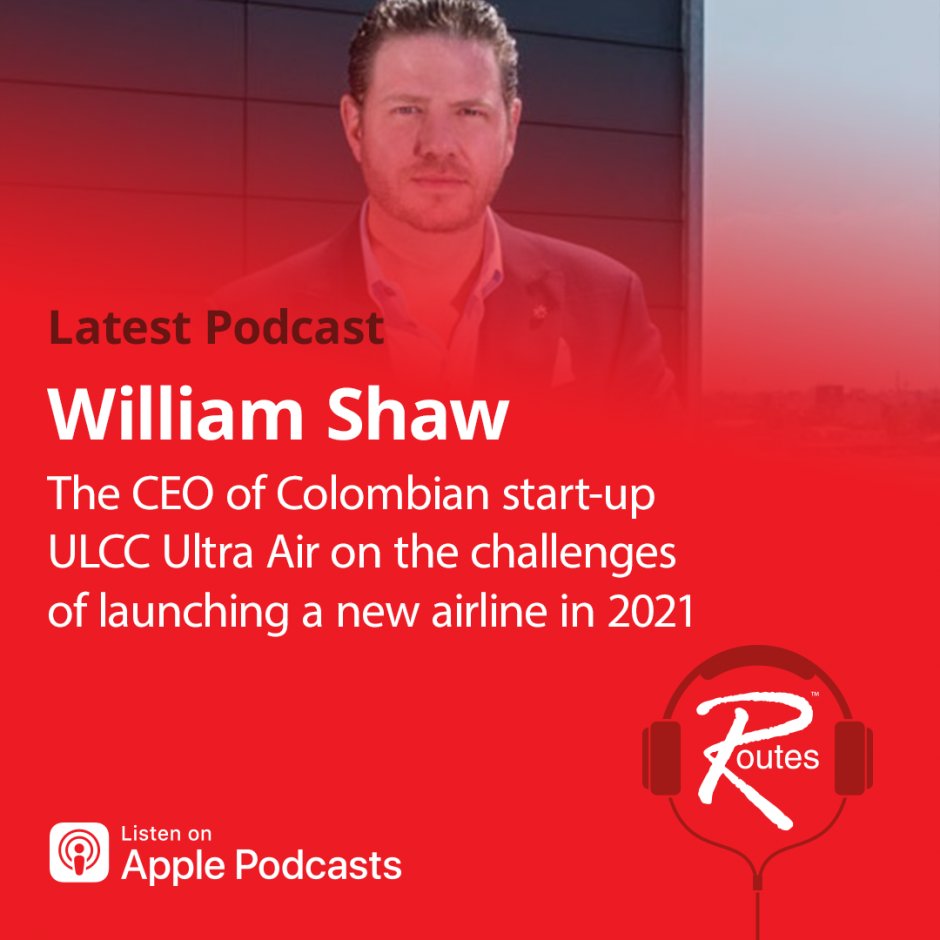 Over the years we’ve seen some inefficient legacy carriers go by the wayside. Sometimes carriers lose focus, lose sight of their costs and it becomes very difficult for them to compete against LCCs.

Aircraft don't care what the colour of the tail is—they fly. Whatever colour you paint them, whatever colour seats you give them, they’re designed to fly passengers. So, if there are aircraft available—and there are plenty of aircraft available right now—and there’s somebody with a solid business plan willing to take the risk and try and turn a profit, then I think there's always going to be people like me looking for opportunities.

But aren’t there more challenges now because of COVID-19 given the decrease in passenger demand?

The challenge that COVID brings is now new—we’ve gone through a lot of changes in the airline business in the last 30 to 40 years. I remember time before X-ray machines and body scanners when you could walk right up to the gate to see people off. The world has changed, and the aviation industry has changed. One of the changes we have to look at now is biosecurity.

The time [to launch Ultra Air] has to be now because it takes six to eight months to certify the airline. We have a great team in place with a lot of experience and people will fly again. If you look at the ASK growth over the past 50 years, there’s small corrections in the market, but it continues to grow. I think by summer we will have seen the worst of the pandemic and there will be a lot of pent-up demand.

Why did you decide to call the airline Ultra Air?

We needed a name that you could pronounce in both English and Spanish with similar sounds. That was the first challenge we had. We also wanted a name that didn’t give us any geographical constraints—if you want to expand into a new country and fly domestically, you can’t for example have Air Canada flying between Mexico and Monterey. It doesn’t make sense.

We went through various scenarios, but we decided that this is going to be an ultra-low-cost carrier, so why not Ultra Air? Fortunately, the .com web domain was up for sale and so that’s how we came up with the name. There were some other strong names in contention, but we couldn’t get the web address.

Why is Colombia an attractive market to launch another ULCC?

Since founding the last LCC in Colombia, I've given a lot of speeches, especially in universities and postgraduate degrees on entrepreneurship, and my statement remains the same: entrepreneurs need to solve a problem in society.

A society will compensate you based on the level of problem you're solving. Now there's a big problem in Colombia. The problem is that this is a very difficult country to get around. A 1-hr. 20-min. plane ride to Cartagena is an 18 to 20-hr. bus ride.

We have the largest carrier going through a restructuring and announcing publicly that they are going drop 40% of their capacity. That's going to leave a lot of space that needs to be filled by somebody who wants to carry people to those destinations. I believe we have a problem that needs to be solved.

How do you plan to differentiate Ultra Air from the rest of the market?

All airlines are making great efforts to lower their costs. We’ve learned that people are very willing to self-check in and self-board. There are a lot of other processes where you can cut down on cost. The ULCC way is generally not to go through travel agents and the GDS, but we’ve found distribution channels that are very lucrative if you set them up the right way.

We’ll be on the GDS and you’ll be able to connect—we are very open and willing to that. I don’t see many LCCs, much less ULCCs, doing codeshares and connectivity with other carriers, but we are 100% open to doing that.

What are the barriers to success in Colombia? Do you have the governmental support needed?

When your model for a new ULCC start-up in a country that doesn’t have a big population or high spend per capita, saying you’ll bring fares down by about 20% is music to the ears of most politicians.

Add to that the fact that the Colombian government has understood the importance of travel and tourism to get the economy kick started. They’ve already reduced VAT from 90% to 5% on all airline tickets and have some pretty comprehensive packages for major investments in the country, guaranteeing some tax benefits. Our competitors will not be able to access those because they’re not new investors.

The president has said the country’s economy will grow by 5% [in 2021] and I believe him.

Can you tell us about the plans for Ultra Air’s network and fleet?

We are between the Airbus A320 and the Boeing 737 MAX at the moment. The MAX has been recertified by the FAA and there are about 500 aircraft that don't have a home, which makes them very inexpensive. I think that only one time in our lives we’re going to see a brand-new aircraft with these very, very competitive prices. Boeing wants to get those aircraft out there. They want to get their aircraft flying and regain the market they’ve lost. Boeing is being very aggressive.

I’d also be very comfortable operating the A320—and have done in my previous role. The A320 and MAX are both great aircraft. Our plan is to go with eight to 10 aircraft every year for the next four years. That’s very hard growth, but we believe that travel will come back and there is capacity that needs to be filled.

We’ll have 29 domestic and 15 international routes. Most of them will be strong tourist destinations—Aruba, New York, Mexico City and Lima. There are a couple of routes that no one flies, and we think that they could also be interesting. We believe our network is going to allow us to grow very quickly in the first couple of years.

We’re not close to hearing proposals from other airports yet, but the airports that offer us the best deals are going to get the first flights. We’re in conversations with all the airports we’ve requested about their incentive plans and what they can do for us.

What areas of support are you seeking?

Charges more than anything. Make it as cheap and as economical to fly to your airport as you can, because will translate that to low fares to get more people through. Airports are great shopping centres where aircraft park—make your money on the willingness of people to shop at the airport. There's no reason why you should make all your money on landing fees and parking fees. We'll help you grow your passengers if you help us make the travel cheaper.

The dream is an IPO—creating a public company that is self-sustaining. That's what we want to do. We want to create a sustainable business that’s large enough to withstand an IPO and that’s going to take three or four years. We’ve got a great idea, a great business plan, and a superb team. We fully believe we’ll be able to start the airline and see it through to an IPO. 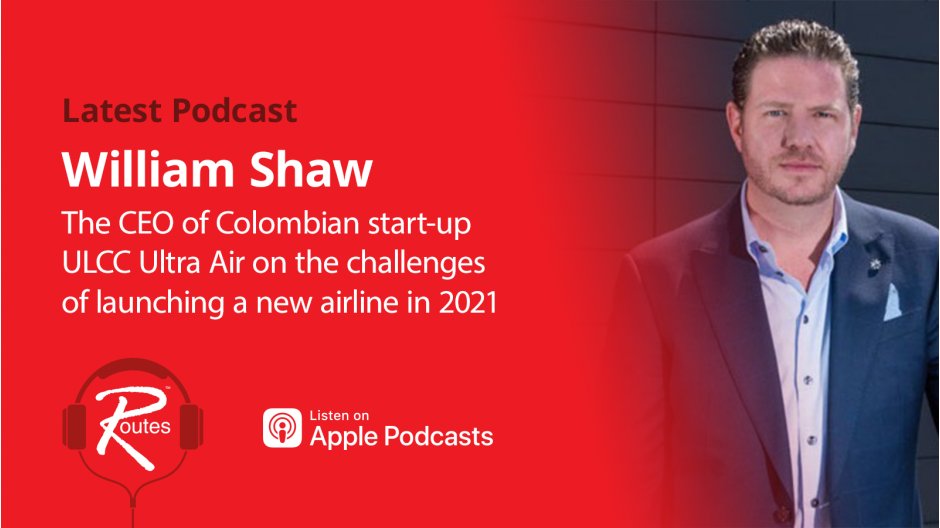