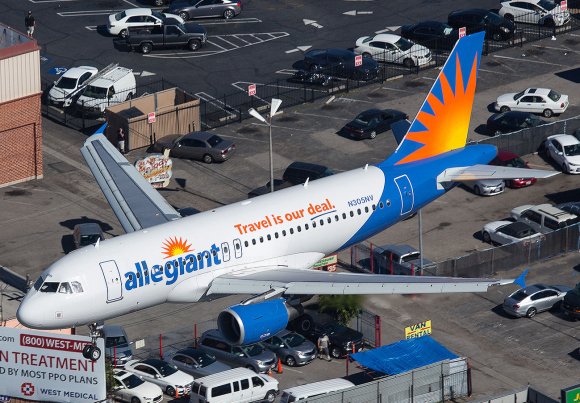 The network expansion comes as the Las Vegas-based airline seeks to capture the demand that exists for travel to US domestic leisure destinations—a segment of the market that has performed better than others since the onset of the COVID-19 crisis.

“As summer approaches, we expect a lot of pent-up demand for travel, especially for places where people can hike, fish, camp or visit the beach,” Allegiant SVP of revenue Drew Wells said. “With this expansion, we’ve added even more service to destinations known for their outdoor appeal.”

Allegiant has been one of the most bullish carriers in the US during the pandemic, shrinking capacity by just 19% in 2020. During the first quarter of 2021, the LCC expects capacity growth of 0.5% to 5.5%, compared with the same period in 2019.

Thirty-six new routes have already been announced over the past three months, including the addition of five new cities to its network. They include Portland (PDX), Key West (EYW) and Jackson Hole (JAC), the latter of which company executives last week labelled a “more non-traditional Allegiant destination.”

With the latest announcement for 34 new routes, Allegiant builds on the PDX and EYW expansion with several more services. Four routes are being added from PDX—including flights to Grand Rapids (GRR) in Michigan—while EYW will receive a new link to Cincinnati/Northern Kentucky International (CVG).

Other airports obtaining new routes include Indianapolis (IND), the host of Routes Americas 2020. Fresh from securing Sun Country as a new airline partner in January, Allegiant will begin two routes from the Indiana airport in May, launching flights to Boston Logan (BOS) and Los Angeles (LAX).

Allegiant has not offered a full year capacity guidance for 2021, but the company’s management noted the airline has the ability to grow by 19% during the year. “We’re not trying to guide the full year to 19%,” president John Redmond said on Feb. 3. He explained Allegiant simply “has ability to get there in the back half of the year,” if demand “calls for that.”