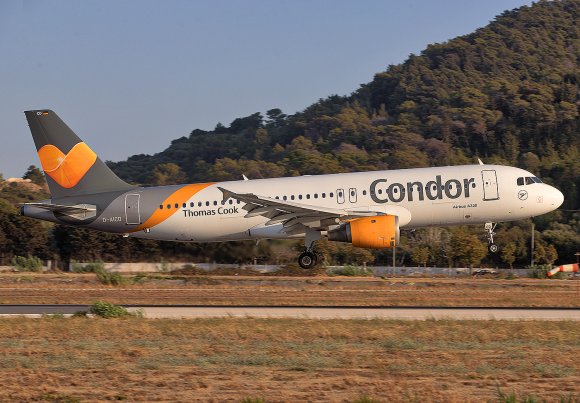 Condor is set to begin flying to the Lebanese capital Beirut in May, going head-to-head with Eurowings on another route from Dusseldorf International (DUS). The service to Beirut-Rafic Hariri International (BEY) will launch on May 21, operating 3X-weekly using Airbus A320s. Flights will be on Tuesdays, Fridays and Saturdays.

The DUS-BEY route is one of two being launched by Condor from the German city. A 2X-weekly flight to Sulaymaniyah International (ISU),  in the east of the Kurdistan Region of Iraq, also begins on May 21. Condor hopes to attract VFR and leisure traffic on both new routes.

“With flights from Dusseldorf to Beirut and Sulaymaniyah, Condor is making it possible to go on vacation with family and friends in Lebanon and the Kurdistan Region of Iraq,” Condor CEO Ralf Teckentrup said. “Especially due to the lockdown, friends and families have not been able to see each other for a long time and want to spend time together.

“We are thus expanding our flight schedule to include two destinations in high demand in the Middle East and offering travel agencies and special tour operator sales opportunities for their customers to be with their families.”

The planned launch of DUS-BEY comes less than three months after Condor rival Eurowings began operating the route. The Lufthansa subsidiary started service on Dec. 19, 2020, operating 2X-weekly on board A320s.

According to data provided by Sabre Market Intelligence, O&D traffic between Dusseldorf and Beirut totaled 47,848 two-way passengers in 2019, down 2.2% on the previous 12 months. The reduction came during a year when connectivity suffered because of the collapse of Germania, the Berlin-based LCC.

SunExpress Deutschland later moved into the market, providing 2X-weekly DUS-BEY flights. However, the carrier ceased flying in June 2020 after being “hit hard” by the effects of the COVID-19 pandemic. The route was then left unserved nonstop until Eurowings’ launch.