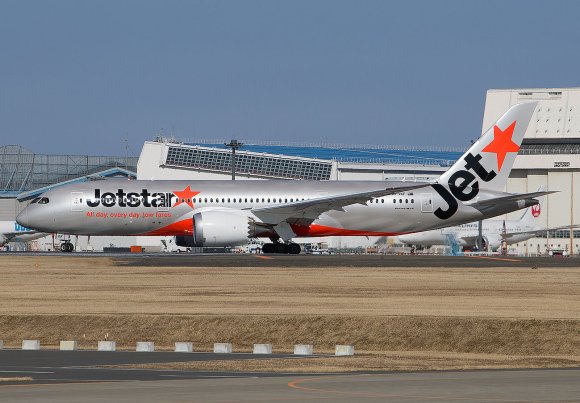 Qantas subsidiary Jetstar plans to boost domestic capacity by moving six of Jetstar Japan’s Airbus A320s to Australia for the next two to three years.

He explained that the aircraft additions would provide an opportunity to further expand in the Australian market following the demise of low-cost rival Tigerair Australia, which closed after 13 years last September as part of parent Virgin Australia’s restructuring process.

It will also enable the airline to increase frequencies on routes that Rex plans to operate.

“There's a space there for us to grow into,” Evans said during the latest CAPA Live event. “We’re not going to overheat the market, but we’ve got a right to grow… and we’re going to do that flexibly using aircraft from elsewhere within our group.”

The A320s will be used to “bridge growth” ahead of the group taking delivery of the first of 28 A321neos on order. Deliveries were originally scheduled to start last year but have been pushed back to 2022 or 2023 because of the pandemic.

Despite the decision to move aircraft from Jetstar Japan, Evans affirmed that Qantas and Japan Airlines were still “very supportive” of their joint venture carrier.

“The business has had to hunker down, but we are both very supportive from a future perspective,” he said. “We are moving these planes down to Australia temporarily, and the fleet goes from 25 to 19. But we've got the flexibility to move them straight back again if we need to as demand recovers.”

Evans said that Jetstar is flying 90% of its pre-pandemic domestic Australia schedule in March—and is feeling “more positive” now than at any other time over the past 12 months. The carrier’s domestic network in New Zealand is at about 80% of pre-COVID levels.

Analysis of OAG Schedules Analyser data shows that the LCC is operating about 1.07 million domestic departure seats in Australia in March 2021, compared with 1.22 million in March 2019. Fifty-five domestic routes are available this month, up from 53 two years ago.

With Australia’s international borders expected to reopen by the end of October, Evans said preparations are already underway to resume overseas services.

As part of that, he explained that the airline could look to use some of its Boeing 787s on domestic routes on a temporary basis to get “pilots and cabin crew associated with those aircraft again.” However, this plan is reliant on Australian state borders remaining open.

“We could look at getting some 787s flying domestically,” Evans said. “We need some more domestic lift around the peak periods—and it would great to do that because they're a great product.”

In Australia’s domestic market, Evans claimed that Jetstar would continue to offer the lowest fares on markets it serves, despite new competition from Rex on trunk routes such as Sydney (SYD)-Melbourne (MEL).

“We're absolutely going to be watching [Rex] very carefully as we do all competitors, but they’re not going to be directly competing against Jetstar,” he said, adding that Rex is positioned more in the “middle of the market.”

“Virgin are talking about that space as well. And I think that competitive dynamic is going to be very interesting. For us, we're going to be about what we were before. Low fares, low cost and delivering a great experience at a really a competitive price point.”