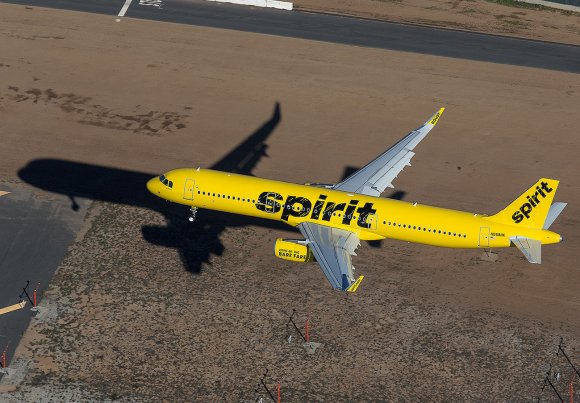 Spirit Airlines is adding three new destinations from LaGuardia (LGA) this summer, one of which will become the New York airport’s farthest route at some 2,470 mi. (3,975 km).

Nonstop service will be offered to San Juan (SJU) in Puerto Rico starting in April, followed by new flights to Nashville (BNA) in May and Los Angeles (LAX) in June. The BNA route will operate daily, while SJU and LAX will be Saturday-only.

Additionally, the ULCC plans to increase Fort Lauderdale (FLL) to 5X-daily. As part of the expansion, Spirit will operate the FLL services from LGA’s Terminal A, known as The Marine Air Terminal, while all other flights will continue to depart from Terminal C.

The LAX route is of particular interest as it will become the airport’s only transcontinental service.

Since 1984, airlines have been prohibited from operating nonstop flights to points more than 1,500 miles (2,414 km) away from LGA. The sole exceptions to the rule are for flights to Denver (DEN) and flights on Saturdays.

Spirit is therefore taking advantage of the Saturday rule, which was last used to operate LGA-LAX flights by Delta in 2006. The ULCC will no doubt be hoping to attract leisure and VFR traffic on the new route.

“Our guests love the convenience LaGuardia Airport provides, and we're excited about offering even more non-stop options now that we have the opportunity to use both Terminal C and the Marine Air Terminal," VP of network planning John Kirby said.

Spirit will compete directly with American Airlines, Delta Air Lines and Southwest Airlines on the LGA-BNA route, data provided by OAG Schedules Analyser shows, but the two other network additions are currently unserved from LGA.