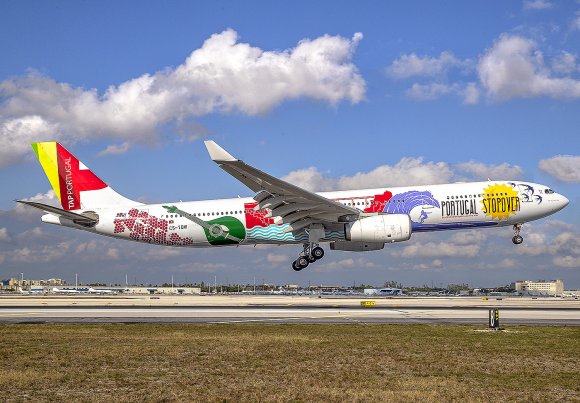 TAP Air Portugal plans to add more flights to Funchal, Porto Santo and Cape Verde this summer as the carrier continues to rebuild its network.

The Star Alliance member said it intends to operate 100 routes in August, offering about 879 flights per week. Eight of these will be domestic routes with 126 weekly flights.

Data provided by OAG Schedules Analyser shows TAP operated a total of 109 nonstop routes in August 2019, although the number of weekly frequencies was significantly higher at about 2,900 flights.

“The summer 2021 network plan was designed to allow for flexibility depending on how the pandemic develops, on demand and route profitability, all with a view to ensuring the company’s sustainability within the overall restructuring process,” a statement from TAP said.

TAP plans to increase service to Madeira over the coming months and by August will operate 5X-daily flights from Lisbon (LIS) to Funchal (FNC) and 2X-daily flights between Porto (OPO) and FNC. The carrier will also restart its service to Porto Santo (PXO) in June, with five flights per week from LIS.

By August, TAP expects to operate 22X-weekly flights to the Azores. There will be 12 flights per week from LIS and three per week from OPO to Ponta Delgada (PDL) There will also be one service each day on the LIS-Terceira (TER) route.