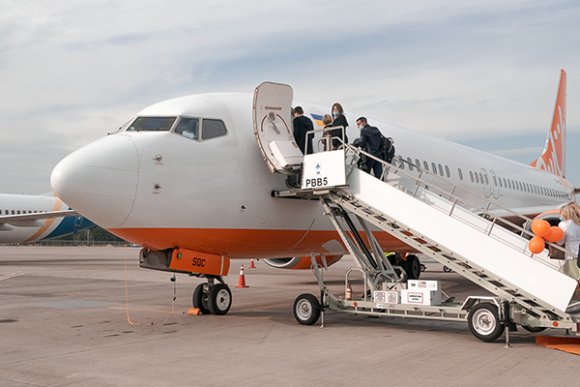 SkyUp Airlines plans to launch four services between Ukraine and Albania this summer season, adding up to 11X-weekly flights to the Albanian capital Tirana.

The carrier intends to resume flying from Kyiv Borispol (KBP) to Tirana International Airport Nënë Tereza (TIA) from April 25. Service will initially be 2X-weekly on Thursdays and Sundays using Boeing 737-800 aircraft, rising to 5X-weekly by late May.

A route from Kharkiv (HRK) to TIA will launch on May 27, followed by flights from Lviv (LWO) on May 30 and Zaporizhia (OZH) on May 31. Each of the three routes will be served 2X-weekly.

The latest schedules filed with OAG show that SkyUp is listed as the only operator of nonstop service between Ukraine and Albania during the summer 2021 season. However, startup Bees Airline intends to serve Kyiv Zhuliany (IEV)-TIA once it begins scheduled operations.

SkyUp’s planned expansion in the Albanian market comes as Ukraine International Airlines (UIA) announced plans to gradually restore more of its network from KBP. In addition to 17 international routes already operating from the Ukrainian capital, service will resume on 11 routes.

However, the airline said that COVID-19 travel restrictions have forced it to delay planned flights from KBP to New York John F Kennedy (JFK) and Toronto (YYZ) until the third quarter of 2021.