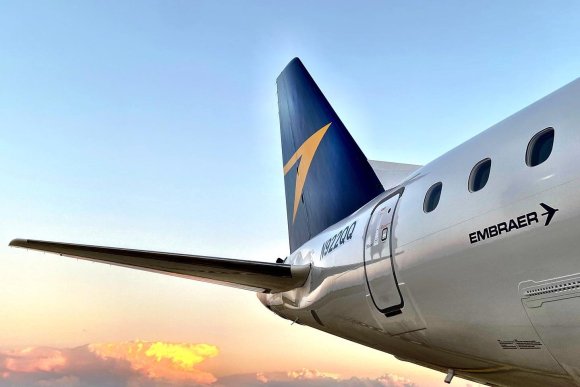 “The agreement initially provides for three E190 aircraft to commence operations in mid-2021 with options for Qantas to call on an additional eleven aircraft based on market conditions,” Alliance said in a statement.

The aircraft will be based in Adelaide (ADL) and Darwin (DRW) and serve the ADL–Alice Springs (ASP), DRW–ASP and DRW–ADL routes.

“This is an exciting transaction for Alliance and further extends on previous wet leasing arrangements that Alliance has had with Qantas since 2012,” Alliance MD Scott McMillan said. “This further cements Alliance as the pre-eminent wet lease operator in Australia and the Pacific and confirms Alliance’s view that the circa 100 seat regional jet will be the sweet spot in the global aviation market’s post-COVID-19 recovery.”

He added: “It is also pleasing to be able to provide new job opportunities in the Australian aviation landscape, as well as for our existing staff and potentially some Qantas Group staff who would normally be flying international. Alliance acquired thirty E190 aircraft with a strategy of deploying a significant number of those aircraft in wet lease operations.”

The deal with Qantas is expected to account for more than 5% of Alliance’s total revenue once the first three aircraft have been fully deployed.

Alliance currently operates a fleet of 24 Fokker F100, 14 Fokker 70LR jet aircraft and five Fokker 50 turboprop aircraft. In June 2020, Alliance announced the acquisition of 14 E190 jet aircraft together with associated spare parts, spare engines, tooling and a Full Flight Simulator (FFS). In December 2020, Alliance announced the acquisition of an additional 16 E190 aircraft. Aircraft from both acquisitions will be added to the Alliance operating fleet progressively through 2021 and 2022, providing the company with substantial growth capacity, Alliance said.