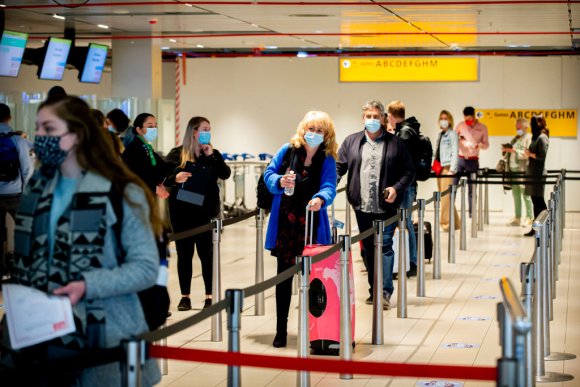 ACI World director general Luis Felipe de Oliveira has warned that the industry is still “bleeding” as a result of the pandemic and continues to face an existential threat.

Speaking at Routes Reconnected on April 26, he called on governments to provide more direct support for airports and adopt a consistent approach that will enable the industry to rebuild connectivity and fuel economic recovery.

“In certain countries we’re seeing airlines receive strong financial packages to continue their operations,” he said. “That’s obviously good as airports need airlines to be in good financial shape to bring passengers back.

“However, we’re seeing a huge difference in terms of the packages that airlines are receiving the package that the airports have received.

“Airports need to continue to operate—not only for cargo flights, but also humanitarian flights—and they need to serve their communities. About 60% of jobs in the aviation industry are in the airports…and these jobs are at risk.”

De Oliveira said that airports lost about $112 billion during 2020, equivalent to 64% of their total income. He added that two-thirds of airports were loss-making before the pandemic—and the figure is much higher now.

“If we don’t receive any support from governments, we’re likely to see some small and medium-sized airports needing to be rescued,” he said, adding that impact of the COVID-19 crisis on airport revenues will still be deeply felt in 2021.

Recovery continues to be uneven across the world, de Oliveira explained, highlighting that Europe and Africa are suffering from inconsistent state approaches. He said the lack of joined-up thinking regarding border openings is making it “very difficult” for the recovery to start.

De Oliveira also called on governments to introduce a consistent approach to testing and to end quarantine measures with risk-based approach that combines testing with vaccination rollout programs.

ACI claimed that as a consequence of uncoordinated travel restrictions combined with small domestic markets, Europe is forecast to remain the most affected region in absolute terms with an estimated change in revenues of more than -$37.5 billion for the full year 2021 compared to 2019.

In relative terms, the Middle East and Europe are forecast to suffer the biggest hits with decreases of -58.9% and -58.1% respectively. Asia-Pacific is the region with comparatively the least impact, but it is still expected to experience a decrease of -40.3% against the projected baseline.

According to the preliminary data, Guangzhou (CAN) in China recorded the most passenger traffic in 2020, with Atlanta Hartsfield-Jackson (ATL) in the US just behind. Seven of the top 10 airports for passenger traffic are in China with three in the US.

In most cases, domestic air travel is beginning a modest rebound while international air travel remains depressed because of on-going travel restrictions. For example, Hongqiao (SHA) in China has moved from 46th position in 2019 to the ninth in 2020, illustrating the uneven nature of the impact of, and recovery from, the pandemic across the world.