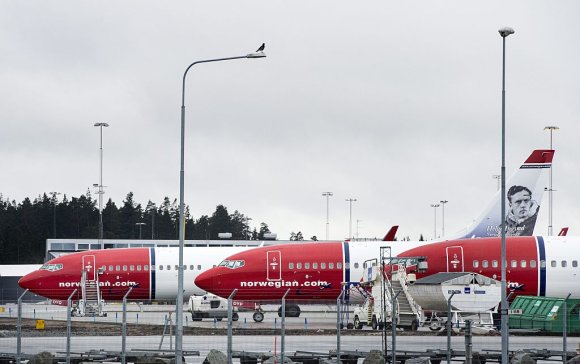 Scandinavian LCC Norwegian Air Shuttle aims to increase its fleet to a peak of 50 aircraft in 2021 and 70 in 2022, flying a network of domestic and short-haul routes in Europe.

In a first quarter earnings report, the airline said capacity would be deployed back into the market gradually as it does not expect passenger demand to return to 2019 levels before 2023 or 2024.

When travel restrictions allow, Norwegian plans to serve its four core source markets of Norway, Denmark, Sweden and Finland with a balance of intra-Nordic and domestic routes, as well as offering flights to “key cities and popular leisure destinations” across Europe.

The carrier has been undergoing court-based restructurings in both Ireland and Norway. In Ireland, the process is known as examinership, while in Norway it is called reconstruction. As part of the process, Norwegian has axed all long-haul flying.

“The impact on our business as a result of international travel restrictions, that have continued throughout this quarter, are as expected,” CEO Jacob Schram said.

“However, during this difficult period Norwegian has continued to reach a number of milestones that will secure our future and ensure that the airline remains a key competitor in the European market.

“As European vaccination programs gain momentum and travel restrictions begin to ease, a new Norwegian, with a solid financial foundation, will be ready for our customers as they look to once again take to the skies.”

Of the carrier’s 37,200 available seats, 34,224 are on domestic routes in Norway. The only non-Norwegian domestic routes being served this week are OSL-Copenhagen (CPH) and CPH-Aalborg (AAL).

However, the OAG data shows that flights to destinations including Barcelona (BCN), Belgrade (BEG), Berlin (BER) and Malaga (AGP) will resume in the coming weeks.

Norwegian reported a loss before tax of NOK1.19 billion ($145 million) for the first three months of 2021. A total of 210,000 passengers traveled with the airline during the period, compared with 5.08 million in the first quarter of 2020.

The company hopes to obtain additional working capital and equity in May, aiming to raise a minimum of NOK4.5 billion and up to NOK6 billion. “Such offerings are expected to take place during the second quarter of 2021 and the examinership and reconstruction processes are expected to be concluded at the same time,” Norwegian said in a statement.