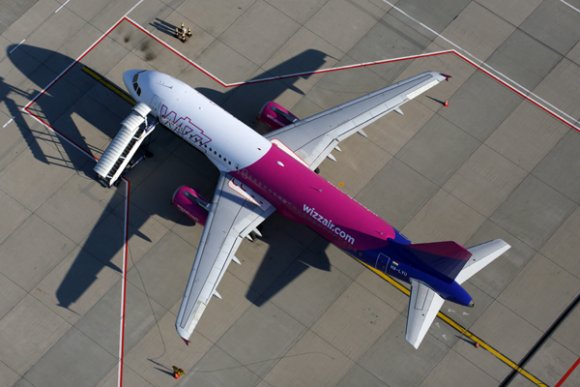 Wizz Air is adding a further eight routes from Bari International (BRI) to its network, taking the number of destinations served from the Italian city this summer to 25.

The expansion comes less than two months after the Hungarian ULCC opened a one-aircraft base at the airport—a move which it said “emphasizes the importance of the Italian market” to its operations.

Data provided by OAG Schedules Analyser shows that during peak summer (w/c Aug. 2, 2021), Wizz intends to offer about 16,000 weekly departure seats from BRI. This compares with fewer than 7,500 seats during the same week two years ago.

Service to LIN, LTN and TSP will begin from July 1, operating 12X-weekly to LIN and 2X-weekly to both LTN and TSF. Flights to BSL start a day later and will be three times per week, while routes to CFU, JMK and TLV begin on July 3. CFU and TLV will each be 2X-weekly and JMK will receive one flight per week.

The eighth new addition starts on Sept. 21 when Wizz begins flying from Bari to the United Arab Emirates. Service to AUH—where Wizz operates a joint venture airline with state-owned ADQ—will be 2X-weekly.

Overall, Wizz intends to operate almost 350,000 departure seats from BRI during the northern summer 2021 season, making it the largest carrier from the airport after Ryanair.

The OAG data shows Ryanair’s capacity from the airport is currently scheduled to be around 850,000 departure seats this summer, operating some 39,000 weekly seats by early August.

Of the eight new routes being launched by Wizz, the airline will face direct competition on three of them, as well as two more on a city pair basis. Volotea serves CFU and JMK, and Alitalia flies between BRI and LIN.

Alongside the new BRI-AUH route, Wizz Air Abu Dhabi has also announced plans to commence flights to three more destinations. From July 1, the ULCC will offer 3X-weekly flights from AUH to both Kyiv Borispil (KBP), Ukraine, and Muscat (MCT), Oman. A 2X-weekly service to Salalah (SLL) in Oman will also start on July 3.

“We are always on the search for new routes and to seek the right airport parties who want to team up with us and understand that working with this air is the right thing to do,” van Schaik said.

“We have proven it in Europe, and we will definitely prove it here where low-cost penetration is lagging behind and where the market has a growing propensity to fly.”