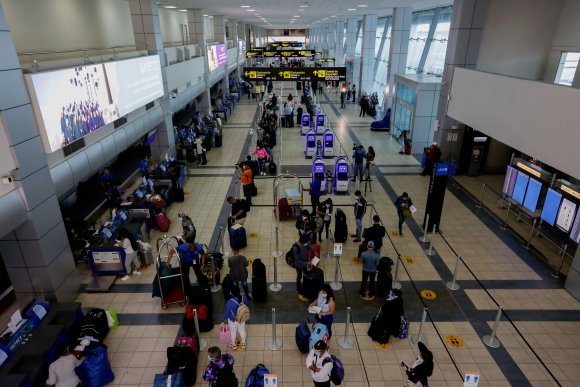 Latin American airports have banded together to express concerns regarding operational restrictions in some of the region’s countries, warning that those constraints are limiting the recovery of air traffic from the COVID-19 crisis.

Airports Council International-Latin America and the Caribbean (ACI-LAC) said that since the onset of the pandemic, airports and airlines have successfully implemented all protocols and recommendations issued by ICAO, the World Health Organization, the US Centers for Disease Control and Europe's Center for Disease Prevention and Control.

“To date, air transport has proven not to be a vector of contagion and its main priority continues to be ensuring the safety and health of its passengers, workers and public in general,” ACI-LAC said.

Additionally, some countries have imposed limitations on the increase of airline operations to ensure physical distances between passengers within airport terminals.

ACI-LAC is asking countries to eliminate measures such as border closures and the restriction on operations. “According to the IMF [International Monetary Fund], the economic contraction in Latin America and the Caribbean in 2020 was the most severe in the world, with a 7% drop. The longer these restrictions last, the more difficult economic recovery will be,” the organization warned.

The concern expressed by ACI-LAC occurs just as Argentina has lowered its cap of daily international passengers arriving in the country to 600 from 2000 in order to combat the spread of COVID-19. As a result of the lowered caps, LATAM Airlines Group has been forced to cut flights from Brazil and Chile to Argentina.

Speaking recently at Routes Americas 2021, IATA regional VP of the Americas Peter Cerdá said that Trinidad and Tobago and the Cayman Islands have remained closed for a year and a half. He noted that Chile, one of the most progressive countries in the region, has opened and closed numerous times.

Countries such as Mexico and Colombia, which have few if any restriction on travel, are recovering at a quicker pace, Cerdá said. He noted that Mexico’s domestic air travel market has recovered, with traffic exceeding 2019 levels.