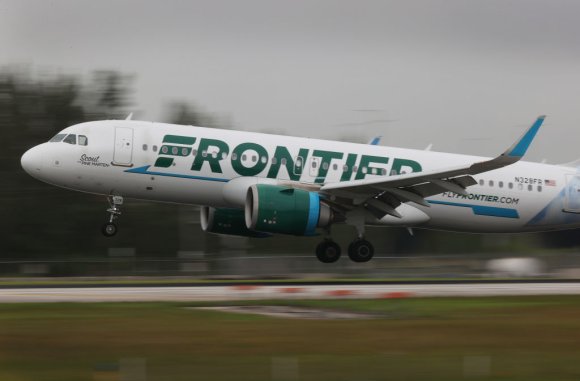 Denver-based Frontier Airlines is further enhancing its network from three major US markets as the industry continues to recover from the worst of the pandemic.

The latest round of expansion will see 21 new routes being launched between September 2021 and April 2022 from Atlanta Hartsfield-Jackson (ATL), Dallas Fort-Worth (DFW) and Las Vegas (LAS).

Frontier SVP of commercial Daniel Shurz said the move underscores the ULCC’s confidence in “travel’s continued rebound for the rest of 2021 and beyond.” He added that the carrier would continue to target sectors that would benefit from low-cost competition.

According data provided by OAG Schedules Analyser, Frontier started more than 50 new routes during the first six months of this year, with a further 11 beginning in July alone.

As part of the airline’s latest additions, ATL is the big winner and will receive nine new services, while seven will start from DFW and five from LAS.

Among the routes launching from Atlanta are international flights to Cancun (CUN) in Mexico and Montego Bay (MBJ) in Jamaica. New domestic destinations include Chicago (ORD), Detroit (DTW) and Houston (IAH).

Analysis of the latest schedules reveals that Frontier will face competition from Delta Air Lines on all nine of the routes, while Spirit Airlines will provide competition on five and Southwest Airlines on four.

From Dallas Fort-Worth, all seven new routes are to destinations in the US, with Phoenix (PHX), San Francisco (SFO) and Tampa (TPA) set to receive 4X-weekly flights.

Frontier will serve Buffalo (BUF), Hartford (BDL), San Diego (SAN) three times per week, while a 1X-weekly service will be offered to Durango (DRO). American Airlines currently serves all seven destinations, while Spirit flies to three from DFW and United to one.

From Las Vegas, Minneapolis (MSP) and New Orleans (MSY) will be served four times per week, with 2X-weekly flights set to operate to Des Moines (DSM), Harlingen (HRL) and Sioux Falls (FSD). Only one of the routes—to HRL—is currently unserved nonstop.

Speaking at Routes Americas 2021 in June, Frontier president and CEO Barry Biffle said the ULCC was on track to double in size—and there was room in the market to accommodate that growth.

He pointed out that all US LCCs combined make up just 10% of the entire US market, whereas in Europe LCCs account for around 50%. “There’s plenty of space,” he said.

Frontier has just under 110 aircraft today and another 150 on order. Biffle said the company’s 10%-20% average growth rates will continue.

According to OAG data, the airline will operate about 2.8 million seats during July 2021. This compares with 2.5 million during the same month two years ago.