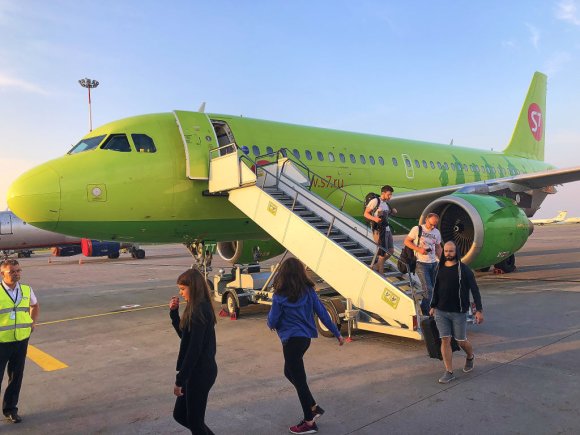 Oneworld alliance member S7 is launching service to two new destinations in the UAE from November, doubling the number of scheduled weekly flights to the country from its hubs at Moscow Domodedovo (DME) and Novosibirsk (OVB).

On top of its current Dubai (DXB) route, the airline is planning two routes to Fujairah (FJR), the UAE’s only emirate with no territory on the Persian Gulf, and one service to Ras al Khaimah (RKT), the northernmost of the emirates.

Flights from Novosibirsk to Fujairah will launch on Nov. 1 using Airbus A320neo aircraft, while service from Moscow Domodedovo begins four days later onboard Boeing 737-800s. Both new routes will operate once a week.

In addition, S7 will start flying between Novosibirsk and Ras al Khaimah on Nov. 3. Service will again be 1X-weekly using A320neos. Data provided by OAG Schedules Analyser shows that all three new routes being launched by the airline are currently unserved.

S7’s latest international network expansion comes a week after the airline group announced plans to establish a new low-cost subsidiary that is scheduled to begin commercial operations in July 2022.

The carrier will operate A320neos, flying point-to-point destinations in the European part of Russia—excluding the country’s capital—starting with 22 destinations and there are plans to expand to 66 points by 2024.

“The creation of a new low-cost airline will largely satisfy the population’s demand for low-cost flights in Russia,” S7 co-owner Tatyana Fileva said. She pointed out that the startup ties in with the government’s efforts to increase the proportion of affordable air transport.

Flights to Hannover (HAJ), the host of Routes Europe 2019, will begin on Aug. 18, while service to Frankfurt (FRA) starts a day later. A route to Stuttgart (STR) also launches on Aug. 22, and all three new services will operate once a week using Embraer 190s.

OAG data shows that HAJ and STR are currently unserved from LED, but Pegas Fly will face competition on the LED-FRA sector from German flag carrier Lufthansa, which serves the route 1X-daily with A320neos.