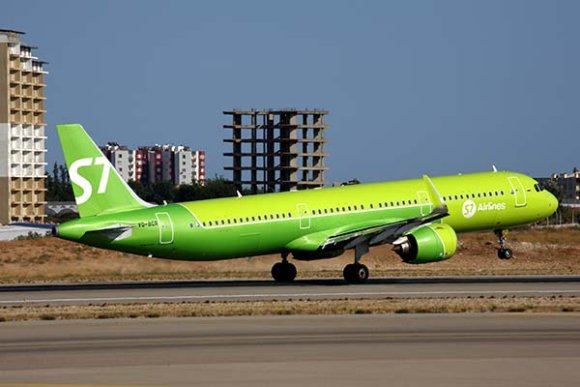 Eight Egyptian routes are being added to the carrier’s network this winter, connecting four Russian cities with Hurghada (HRG) and Sharm el-Sheikh (SSH). Flights to HRG and SSH from Kazan (({KZN}}), Samara (KUF), Ufa (UFA) and Yekaterinburg (SVX) start in early November, each operating once a week.

The latest routes are in addition to the previously announced services from Moscow Domodedovo (DME) to HRG and SSH that launch in October.

Flights between Russia and destinations on Egypt’s Red Sea coast resumed in August after authorities in Russia lifted a ban on service to the cities. The restrictions were imposed following the crash of Metrojet flight 9268 in October 2015, which departed SSH bound for St Petersburg (LED).

Since the ban ended, Russian carriers have been quick to add routes to Hurghada and Sharm el-Sheikh. Among them is Aeroflot, which plans daily flights from Moscow Sheremetyevo (SVO) to HRG and SSH starting on Oct. 1, and Rossiya Airlines, which intends to offer flights from eight cities in Russia.

In addition to the Red Sea services, S7 is opening three new routes to the UAE. Fujairah (FJR) will receive weekly flights from Novosibirsk and Moscow Domodedovo, starting Nov. 1 and Nov. 5 respectively, while Ras al-Khaimah (RKT) will be served 1X-weekly from Novosibirsk (OVB), commencing Nov. 3.