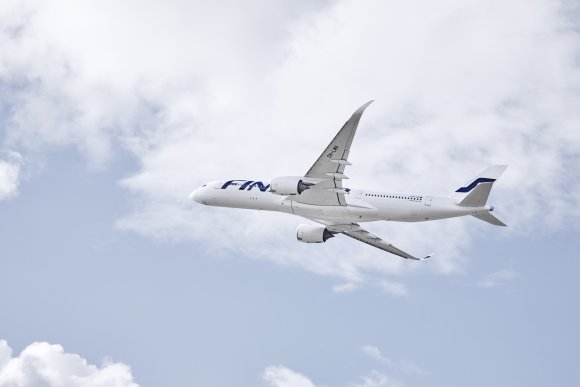 SkyUp Airlines will continue to operate its 3X-weekly Kyiv Boryspil (KBP)-Istanbul (IST) route after Ukraine's Supreme Court ruled in the airline's favor in a dispute over frequency allocations on the route. Additionally, the carrier has announced plans to fly from KBP to Ras al Khaimah (RKT) in the United Arab Emirates from Oct. 23, initially operating 1X-weekly before rising to 2X-weekly from Dec. 22. SkyUp has also launched flights from Kyiv to future Routes Europe host Lodz ({{LCJ}}) in Poland an resumed a 3X-weekly route to Prague (PRG) in the Czech Republic.

Flydubai will begin serving Cluj-Napoca in November. The airline originally planned to add a route to the Romanian city in March, but the launch was delayed. Flights between Dubai International (DXB) and Avram Iancu International (CLJ) will be 2X-weekly from Nov. 3. Flydubai’s DXB-Bucharest (OTP) service will also increase to double-daily in November, taking the number of weekly flights offered to Romania to 16.

In addition, the LCC has resumed operations to Prague and Zagreb. The carrier will operate up to 5X-weekly flights to Prague (PRG) and 2X-weekly to Franjo Tuđman Airport Zagreb (ZAG). DXB-ZAG will increase to 4X-weekly in December and Emirates will codeshare on both routes.

Iceland’s PLAY has added Amsterdam (AMS) to its winter schedule. Flights from Reykjavik (KEF) will be twice a week on Mondays and Fridays. The inaugural flight will be on Dec. 3. “We think this is the perfect time to broaden our network in Europe and to offer our passengers low fares to and from Amsterdam,” PLAY CEO Birgir Jónsson said.

Norway’s Flyr is opening a new domestic route between Oslo (OSL) and Stavanger (SVG). The first flight is scheduled to take off on Oct. 31. “Stavanger is the destination we have received the most requests for at our customer center and on social media,” commercial director Thomas Ramdahl said. Flyr’s booking system shows that service will initially be 10X-weekly.

Canadian ULCC Swoop has added a new service between Winnipeg Richardson International (YWG) and Orlando Sanford (SFB) to its winter schedule. The nonstop route will begin on Dec. 9, operating twice a week. Bert van der Stege, head of commercial and finance at Swoop, said: “Winnipeg is an important part of our network and as we continue to recover our operations, we remain committed to supporting the recovery of inbound and outbound air travel to the region.”

Qatar Airways has confirmed previous reports it will launch scheduled passenger services to Almaty (ALA) in Kazakhstan starting from Nov. 19. The new route from Doha (DOH) will be operated by an A320 aircraft, featuring 12 seats in business class and 132 seats in economy. Flights will be on Mondays and Fridays. “This new service reinforces the warm relations between the State of Qatar and the Republic of Kazakhstan, and reaffirms our commitment to further developing trade and tourism between our two great countries,” Qatar Airways CEO Akbar Al Baker said.

Norwegian airline Widerøe has increased service between Bergen (BGO) and London Heathrow (LHR) to daily. The carrier operates the route using Embraer E190-E2. Flights depart Bergen at 5.10 p.m. and arrive in LHR at 6.15 p.m. The return service leaves at 6.50 p.m. and arrives back in BGO at 10 p.m. The schedule changes on Saturdays when flights depart Bergen at 10.55 a.m. and the return service leaves Heathrow at 12.50 p.m. Routes Europe 2022 host Bergen is known as the gateway to the Norwegian fjords and Widerøe will be hoping to attract leisure traffic on the route.

SWISS is resuming flights from Geneva (GVA) to New York John F Kennedy (JFK) this winter. The carrier said it envisages operating four flights per week from Dec. 14 onwards. In addition, the airline also plans to introduce a Geneva-Copenhagen (CPH) service in December.

Wizz Air has reinstated its route from London Luton (LTN) to Rzeszów (RZE) in Poland. Flights resumed on Sept. 24 and are 2X-weekly on Mondays and Fridays.